Place pieces on the board, either on all white or all black
Nonomino
by thomastc
on 6th Kajam
Ranked

Way behind on sleep, but still joining 5 5

We have a good shortlist of themes again, and I'm looking forward to jamming! Too bad that I haven't had a good night's sleep for about two weeks now. Let's see how it goes.

Toolset is the usual: Godot, Krita/Aseprite/Inkscape depending on art style, Audacity/jfxr, LMMS.

13 Alakajams and counting! Even though I'm pretty tired and have a baby to care for, I'm still going to poop out some kind of game this weekend.

I'm thinking of trying out Twine because it's super easy to get something started quickly, but I might change my mind and switch to Godot depending on what game design I come up with.

Edit: briefly tried both Twine and Inkle, and I like Inkle better, so I'm going with that. Or Godot. We'll see. Very literal connections going on here. I think this may be my most on-theme entry so far.

This is just so you can avoid making the same game as I do ;)

https://www.reddit.com/r/thalassophobia/ I didn't even know that word until this started popping up on the front page.

Going solo this time. Got rough ideas for some themes, not for all.

Do I need all of this stuff? Who knows… but a little preparation won't hurt :)

I have been working on and off on turning my award-winning AKJ 2 entry, Misty Isles, into a full-fledged mobile release. The idea is to make it about the journey of Odysseus, following the story of the Odyssey but making the characters a bit more colourful. 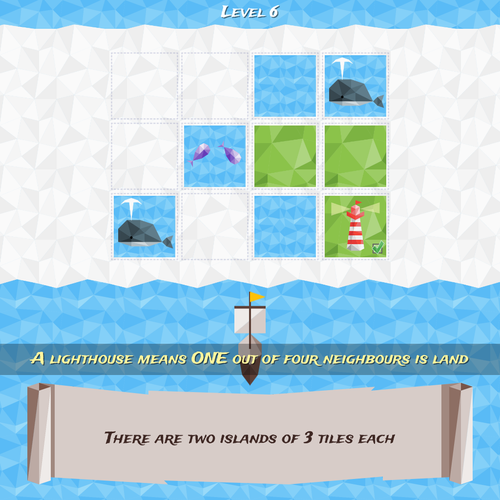 It still needs a fair amount of work: more levels, character art, dialogue, sound, music, and some more mechanics to keep it interesting. But it should all be doable in a month if I put my mind to it, and approach it game jam style: "don't think, just do it".

Oh, if anyone has a good idea for a title ("Misty Isles" is a bit boring), please let me know!

A clear schedule this weekend, a good shortlist of themes, what more could I ask for? Worse weather, perhaps. Or my laptop back from the repair shop so I can work out in the sun.

Using Godot again, still not hating it. Also some of the usual suspects, depending on the style: Krita, Inkscape, Gimp, jfxr, Bosca Ceoil, LMMS, Audacity…