Music and SFX station at the ready! 0 6

Super excited for our 4th Alakajam! As usual I'll be using Ableton as my DAW and a variety of instruments and noisemakers in the process.

This Alakajam happens to coincide with a long national holiday weekend here in Finland, so we're happy to have today off to clean up, relax, plan our meals a bit, and prep our workstations for the weekend. 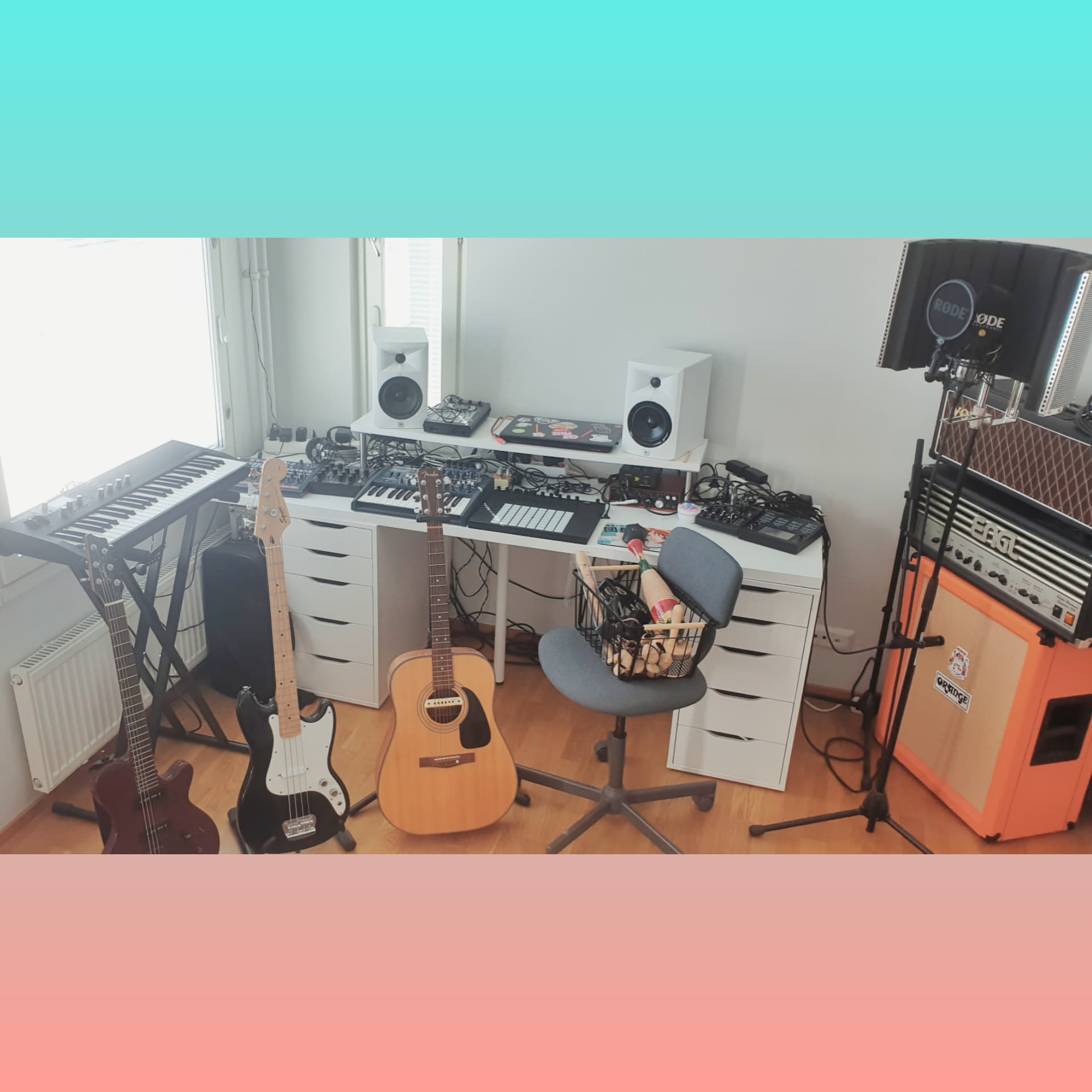 Excited to be back doing Alakajam!

This time around I went in as organic as possible, using an acoustic guitar, cabasa, cha cha nuts, and a wooden hohner recorder I luckily found at a nearby Clas Ohlson. The sound effects are also recorded at home. Sounds include flipping through pages in a book, hitting kitchen utensils together, burying my hands in baking beads, and joslting rocks in a basket to name a few.

Hopefully we'll also have time to implement them into the game too! 😅 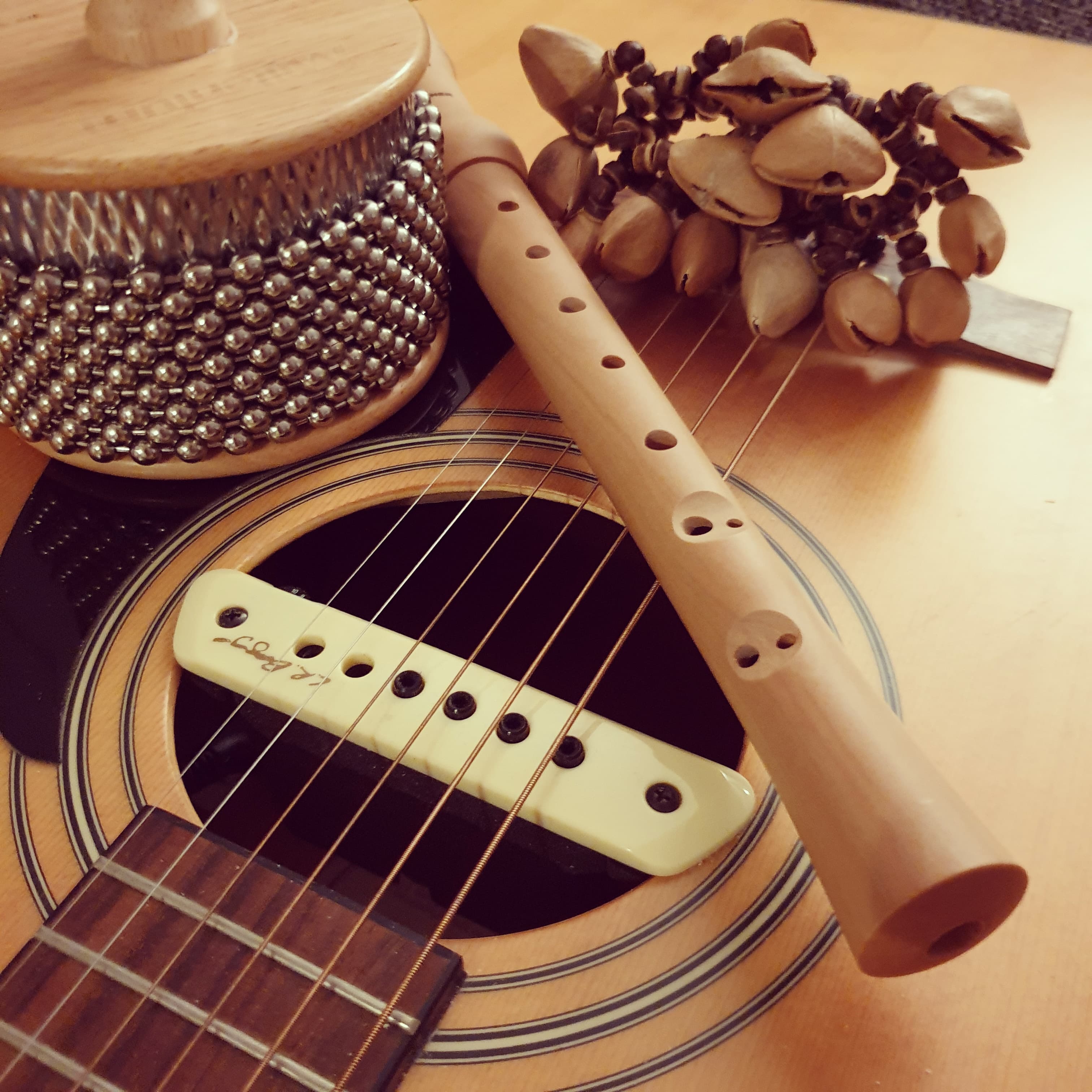 Will you choose Breezy, Standard, or Spooky? 0 0

This was such a fun project!

Our game, Procrastinaire: Solitairy Confinement, is about doing paperwork and finishing a game of Solitaire before the clock runs out.

In true PC Solitaire fashion, you have different card backs to choose from. For each of the card backs, I made a different song using the same bossa nova chord progression.

I uploaded the tracks to Soundcloud too, if you want to take a listen: https://soundcloud.com/killerandroid/sets/procrastinaire-ost

One day down. Songs finished. Now it's time for sound effects and general admin.

Ended up creating three tracks for our game, all playing off the same root idea. I was trying to channel a bit of the whimsy and goofiness of Animal Crossing: New Leaf's OST.

Went in live instrument-heavy this time, using a couple of guitars, a bass, and synth. The rest of the stuff is coming straight from Ableton. Taking the same idea and running with it in different directions was a ton of fun and very rewarding. Most of the work is just having fun with an idea and taking it to ridiculous places.

Back in the action, with some indie piano rock! (Postmortem) 0 0

This is my first jam in a long, long time and it's been such a blast! Over the years, I've mostly been doing random volunteer work as a jam organizer or general-helper-outer, so this was a very welcome change of pace.

Together with @treslapin on art and @cloakedninjas on code, we made Disappainted: Master of the Invisibrush. Be sure to check out the game!

This time around, my main contribution was a indeed song I made for our game, which is now up on Soundcloud for free download, here. It's inspired by the anime Yuri On Ice, and Scottish band Mogwai.

With the full version completed, I ended up taking chunks of the song to use around the game; a bit for the main menu, another for in-game, and a third for the results screen. The full version of the song builds up to a massive climax, which was a bit much for the game, so be sure to check out the Soundcloud version too! :3

Besides the one play button sound effect lifted from the soundtrack, I sourced lots of little sounds from freesound.org to make some basic SFX for the game.

Making Disappainted: Master of the Invisibrush was super rewarding. Beyond just being fun, it was an opportunity to learn to use Ableton Live and the Push 2, both of which are new to me. I also followed a really helpful tutorial to do my first proper (proper = "any kind of" in this instance) Mastering for the music.

Let me know what you think of our game and the music! Can't wait to do this again!