Platform-writing game where you can cast a spell by writing it!

Misspelled, a Platform-writing game where you can cast a spell by writing it! 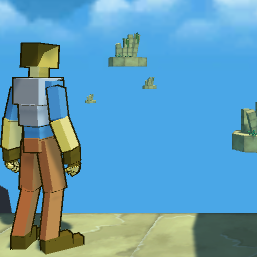 Flash? I though flash was dead…

Didn't seem to start up in the version of flash I have in Firefox on Linux.

Ouch, I think I've fixed it! @AdroitConceptions try it now and let me know if it works! :)
Yeah, unfortunately I got some problem with the html5 export, so at the moment I released it in flash.
EDIT: Added the html5 version.

Loved the whole idea and mechanics. There are some possible ways to hack around the tiles if you cast the spell in the middle, but I figure this could be part of the game as well. The sfx sounds are good also. Overall a really lovely and fun game :)

Thank you very much thesunda!
I also added the html5 version of the game so it's more playable.

The best one so far, even though mechanics with "materialized words" are very popular right now

oK very fun game, huge dissapointment at the end however hen there were no secret areas in the misspelled room. Loved the game though, so cute and fun, well done.

Very good playing.
Beautiful graphics and animation. Good use of the theme.
Just an observation, it doesn't worked for me in Firefox, only with flash version at Chrome.

Basic platforming with a thematic twist.

The graphics are pleasing to the eye and efficiently animated, even if slightly too grey in most places. The spell particle effect and text area could do with some color to pop from the background. Audio does its job too, nothing out of the ordinary.

Using different spells is easy, but repetitive. More spells to choose from, actually having to think about which one to use, would alleviate this issue. Still, going through the handful of levels was worth it.

I tried misspelling the words in many ways for no special results. There doesn't seem to be any hidden words either, which is a shame.

A well made project, of course. I like nitpicking. 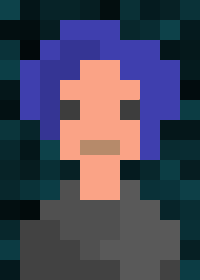 Wow I had really fun with your game! Your leveldesign and learnig curve are really good. The number of levels was just right, the puzzles were not too easy nor too difficult. Good implementation of the topic and the ambiguity of the word "spell". There is just a tiny thing: the right hand is constantly switching between the enter button and the mouse. This feld a little bit inconveniend.

I feel it was a bit too easy. It was just like tutorial levels and then it ended. I failed only once in one of the later levels where there was this "aha you sucker built a bridge from the wrong side" moment. It was short enough to not get super boring but still was repeating the same three (very samey) mechanics over and over again and it was always way too clear what should be used. Would require more interesting and complex level design and probably more types of spells. 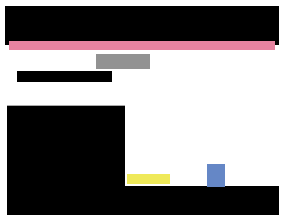 Spikes on the ceiling so just using jump spell wouldn't work. You'd need to stop the leap with a blocking rock. Or if the ratios were a bit different, stack two rocks on top of each other instead of using jump at all.

Controls were quite spot on. Moving and jumping etc felt great! Only thing that felt awkward was the constant need to switch between keyboard and mouse. I don't have a clear solution to the problem though. Maybe if you could mark all the spots at once and then write them one by one, kinda like filling a form. That at least would reduce the number of switches needed. 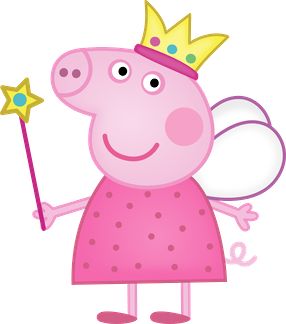 As I browse, try and rate all the games in the gamejam I stumbled upon this one.

This one has really good idea and makes me wanna go and re-rate other games, because it increased the competition!
Everything is perfect. Nice tutorial, fun to play.

This was super cool.
The mechanic is a great idea and executed really well. The graphics and sound were good and could only be improved with a little music but I know that is tough, especially in jams.
You made a good number of levels with a nice difficulty curve. I really enjoyed playing this game all the way to the end.
The idea would be easy to expand by adding additional spell words so I think it's got a lot of promise if you were to continue developing it.
Overall one of the games I enjoyed playing the most! Great effort.
(I like the name too) :)

Great work! I had a lot of fun playing through this :)

Very, VERY cool game! What a great mechanic, typing in spells and positioning them. The pixel art is lovely and I really like the little animation you see when you reach the goal of a lever.

This game was really original and fun to play.
Mosty of the things I have to say have already been said in the other comments, but I think that it would be better with 1 or 2 more spells.
other than that though, this was really fun to play and had good puzzles!

I don't know if this is the best game of the jam but so far it's my favorite. I like the graphics and the animation are nice and work well, the sound effects are cool, it's juicy, the concept is original and interesting and the physics/control feel really good (also kudos for web build and godot fam :P ). Nice touch with the effects and the wand following the mouse, I know it must just be a look_at but it was neat anyway.

My main pain point was that I was playing on an azerty so I had to alt shift in between movement and typing (sneaky M key).

I saw some complaints that the game wasn't hard enough, I guess that can make sense especially for shipped games that need a consequent play time but in the context of jam I prefer game that don't require too much struggle to complete.

Some music could be a really great improvement (I did feel its absence). Otherwise I think the concept is solid enough to make a shippable game out of it (obviously you could add some depth to the mechanics if you decided to go down that path).

Great job, it was a really enjoyable playthrough !

(small edit: I don't know if it's just me but I have a gripe with jumping being mapped to the up key (be it the arrow or W), space for the win)

Really good game. My favorite so far.
The idea is cool, original. The puzzles are really nice and too hard for me :)
I just look forward discovering new spells to have more tools and continue the game.

Graphics are sober and a bit sad but very neat with few animations. For a solo game it's really a strong hit, very impressive!

Thank you very much to everyone that have played, your comments are really appreciated! :)

@anttihaavikko you are right, usually I like to have at least 3 features on every game I made (speaking about jam games obviously) to have enough variety… but this time I really ran out of time and I didn't manage to insert other speels like "CLOUDS" or "FIRES".
So I prefered to polish the game and make 10 solid levels instead of making something more but with bugs.
In my post jam update I'll insert for sure something more, and your level idea is great, thanks! :)

@Ashtrail mmmh, spacebar is mapped for the jump, isn't it?
I should have mapped "UP", "W" and "Spacebar" for the jump.

Lots of people complained about the constant switching between mouse and keyboard, and they are right!
I need to improve that part… even if I don't have any idea at the moment unfortunately.

A nice little platformer, though I do agree that the levels were too easy. I finished at least 4 of them with an extra spell slot left over. =)

The concept here took the theme pretty literally, but I liked your interpretation a lot. Rock versus Rocks was a cool idea that I'd like to see expanded further, so plurals of every spell word were multiple objects. You can also expand the core idea in a bunch of other ways, which is great, but I'd recommend getting the spells to interact with each other a little more than they do right now, so it isn't always obvious what object you need to use. For example, you mentioned Clouds and Fires, so maybe Jumps placed on Clouds give you a little less height. Fires under Clouds make them rise, and Wind becomes a non-solid area that can push objects that pass through it sideways, etc. The more the words affect each other, the cooler the puzzles can get.

That being said, I had fun with what you got in over the weekend. I can type one-handed, so the mouse and full keyboard control layout wasn't much of a problem for me, but I can see how it's a little unconventional. And I appreciate that you could drag text after you typed it out, so I was able to line up Rock words exactly where they needed to be. I actually only got stuck once, on the first Jumps level where it hadn't told me how to restart the level yet, so I had to kill myself on the spikes. But other than that very slight oversight, the game had a lot of polish and style, and I had a lot of fun with it. Nice job!

God dang it this is incredibly exceptional. This is a full game in the making. The level of polish just astounds me how you got so much stuff in. I tip my hat very hard.

This was very well made. The idea itself is amazingly creative. I've only got a few criticisms:

This is probably one of the best games in the jam. \o/