Spike Dungeon is a game in which you try to get as far down as possible before dying. You could starve to death down there… Or you could die to the abundance of spikes in this spiky dungeon full of spikes that are very spiky. Looting the treasure chests to buy items may be a good idea since nobody would dare to go more than a minute without something to eat.

Since I've got 3 midterms early next week, I could only put about 14 hours of work into Spike Dungeon. I think it still turned out pretty good though. :D

Linux Users:
A lot of Linux distros come with Python 3, so you can run the source if you do sudo apt-get install python3-pygame to install Pygame. 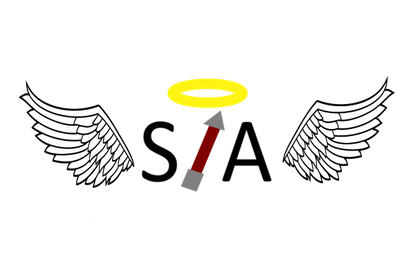 Great game, very hard though, i could only get to 0.6 m lol

I think we've got a potential winner here! :)

This is godly. The pure fact that you got this done in such a small time is a sight to behold. Great job. =)

@Orionintheforest Thanks! Python's short syntax really speeds things up. Also, my prebuilt framework handles animations and physics rather effectively, so I didn't have to do that much work.

My question is: some areas are unreachable. Is it by design? And in some cases even unbeatable (arrow passage with no exit and enemy). But otherwise: this game is surprisingly long lasting. Bravo! Good entry

@Tbohdan the arrow is a jump item. If you have enough gold, you can buy it for an extra jump. That also answers your first question. You can reach those areas with extra jumps. Also, some areas are only reachable if the segments of the world generation line up properly. It's never impossible to progress though.

Damn this was a pretty sweet experience. The graphics were crisp and very smooth, especially for pygame (I assume you used pygame),and I also really liked the controls, they felt super responsive. For a weekend jam the whole thing felt super polished, and it doesn't even look like you used the full 48 hours! Awesome job.

I really like the hunger mechanic. At first I died so much I didn't have to care about hunger at all, but since I got further in I HAD to buy food. Neat way to make it harder as you progress.

Pretty sure this one's gonna be a hit at the third AKJ tournament 😁.

Great entry, especially if you feel like you were limited on time!
The graphics are great, animations and art look really really good which is a great first impression for the game.
The gameplay feels good, nice movement and jumping mechanics.
The generation is good, didn't feel too repetitive which is impressive considering the time you spent the game.
I think you came up with a good idea and executed it well. Really good job!

I really like the world creation, it seems liike you did spelunky/Xcom2 sort of thing where you create chunks manually and place them down in the world, and that seems to have worked really well! The difficulty was brutal, but felt allmost completely fair. I would say that there were a few places where I had to take a leap of faith and sometimes there were spikes that I just couldn't see, which made a few parts frustrating. The store mechanic felt good, though because of the limitation of only using the arrow keys, Sometimes I had to buy something I didn't want before I could get to the stuff I actually wanted. Maybe down arrow should buy things, or that can be an intentional mechanic where you hide the good stuff in the back of the shop. Wonderful entry!

The game looks and feels very good! The animations are very cool and the The music is also quite catchy, I can't quite believe you managed to create all this in 14 hours.

It is very hard though, so I probably didn't get to see all the cool items you apparently created…

Looks real good! The sound and music are okay, although a bit hard on the ears. Like… spikes, perhaps?

Controls are smooth and satisfying. I can't comment much on the items, because the game is so difficult (and I so bad at platformers) that I didn't manage to get a single one.