Rock out on a piano whether you can play or not
Blues Jam Simulator
by Tijn
on Music Kajam
Ranked
A platformer about DOS, retro hardware and a cat.
Kommandant RNLF
by Wan, Tijn, rnlf, toasty
on 2nd Kajam
Ranked

Now that the music jam is officially over, I'd like to thank everyone who participated. Thanks!

If you want to check out the entries, they can be found here: https://alakajam.com/music-kajam/games

We got 4 entries in total and I think each of them are great. Everyone should feel proud of what they've accomplished! I know I do :)

Until the next time!

With the jam underway for 7 days now, it would be a good time to start sharing your ideas. You can create an entry earlier and update it later once you've made more progress.

Sadly most non-musicians never get to experience this, so I thought I'd try to find a way to simulate it somewhat. It's not going to be a game per se, but more an online toy / educational experience sort of thing. The idea is that I'll provide a virtual piano you can play with the keyboard of your computer. The twist is that you can only play notes that are in a blues pentatonic scale, which means that basically all notes will sound alright. To have something to play along with, I'll record a bunch of backing tracks on guitar which will provide a standard 12-bar blues framework. This way you can jam out on the virtual piano along with my guitar playing, so we're effectively jamming together :) 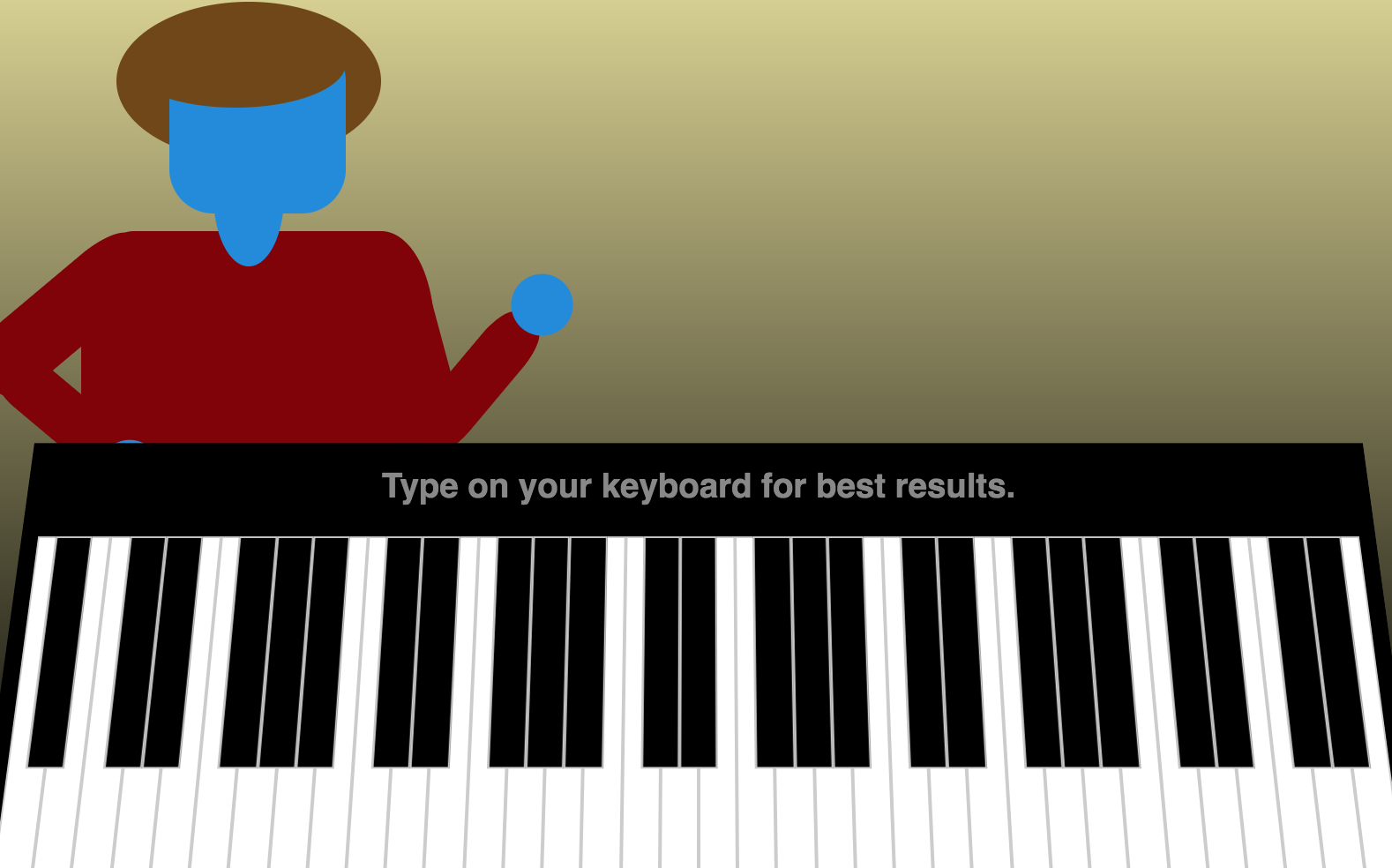 So yeah, that's what I'll be making. Show me what you've got in mind!

Welcome to the Music Kajam! 2 6

Welcome to the 8th Kajam! It's all about:

Music is a big part of most games, but often it's only a thing that plays in the background. Although important to set the mood and communicate what's going on, for this kajam I'd like to put music more in the spotlight.

It would be great to see some creations in which music is the central subject. It can be anything as long it has some link to music, such as:

It doesn't even have to be a game in the traditional sense. Toys, experiences & experiments are very much encouraged. Anything goes, as long as it's all about the 🎵MUSIC 🎵

How does this work?

The event starts 1 January and runs for the whole month. You're encouraged to submit your entry by Friday 24 January, so there will be a full week at the end of January for rating submissions. The event will end on Friday 31 January.

This is a relaxed game jam, so anything goes really. Just try to come up with a cool concept and use the time to make the best of it.

I don't have anything to make music with!

Luckily there are more tools than ever to help you make music / sounds nowadays. And a lot of them are even free! Back in 2017 I hosted a miniLD for which we compiled a whole lot of them. I've copied that list here, so you can try these suggestions to see if something clicks with you.

If you have a suggestion of your own, please let me know in the comments and I'll make sure it gets added :)

That's all for now. Have fun & good luck!

So I'm making a traffic light programming game for Kajam 4. I thought it would be fun to look at the cars zoom by and respond to the lights you've so cunningly set up.

The first thing I wanted to set up are the roads. Because I plan to make a bunch of different levels, it would be neat to have a little road drawing algorithm, so I easily have various layouts.

First I started with a basic horizontal and vertical road, like this:

Now of course, the next thing was to try to have an intersection, because that's where the traffic lights come in. So there we go:

Hmm… that doesn't look entirely right, does it. So I added some special intersect drawing code:

Pretty sweet, if I may say so myself :D It doesn't just support 2 roads either:

And it also supports more than 2 lanes :D

And that's it for now. Next up: adding cars!