You wake up from a bad dream. Today is the day you propose to your girlfriend!

You wake up, sweating. What a weird dream!

You were in some kind of pistol duel! That would be disastrous as you barely know how to fire a pistol, nevermind aim.

You look outside. It's sunny! Today is going to be a great day. Today is the day you will propose to your girlfriend Mia!

"Pistols at dawn" is a visual novel made with the twine engine. All text and graphic made during the compo. The sound effect is from freesound.org but was essential to the experience!

Really nice story! A bit tiring to restart every time but the writing was excellent and the twists quite engaging :D The art was a bit messy. The story could have probablt benefitted from a biiit more depth, but then restarting every time would have been even more bothersome. 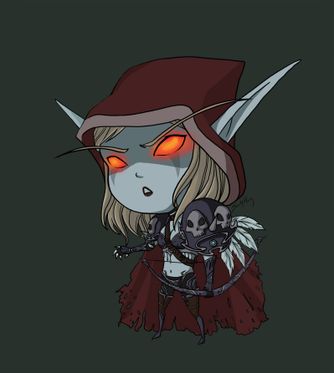 I enjoyed the story! With the jam theme, I didn't expected to find a game like this and it was a nice surprise :) Good job!

Interesting take on the theme. Sadly, a visual novel is a great idea but really not for me so I don't know where to start to be constructive.

hey I enjoyed that, liked the short but sweet story, appreciated the limited artwork for a bit of flavour, probably a good idea keeping it pretty small if its not your strongest area. Not played a lot of visual novels, so not a lot to compare it to, maybe some background music/sound for the different areas would have been nice to help the atmosphere. Only had to restart once, but as others said, might have been a bit annoying otherwise but not sure what other option there is. Had fun.

That was nice, I played a bit to carefully so I think I might have missed a few things I would have seen acting recklessly. The story was engaging and short enough that I finished it . Visual novels are not often able to hold my attention to the end so that worked well. Cool twist on the theme, well done.

Super fun! The story was intriguing and a bit mysterious at first, then it all quickly made sense. The game was quite easy and short in the end but still funny to explore. The text didn't have filler and was focused on gameplay which is good. I found the game over loop quite elegant too.

Gameplay-wise my only regret was how it ended up pretty easy to avoid the game overs after the first one. I kinda wish there were more over-the-top situations with people on the verge of dueling you (eg. being insistent with the granpa when he forgets the ring, or something happening when you buy the flowers). Still the ending was satisfying :)

The humor and classic cartoon style fit well together, I really liked the effort spent on the characters. A suggestion for a possibly more polished result would be to go with a black font on gray/white background, so that the cartoons could blend more naturally.

Since the art reminds me of French/Belgian cartoons, maybe you could have gone even further by picking a font that evokes those. 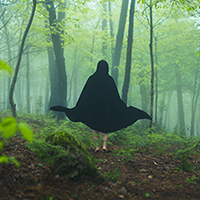 The idea is interesting, but the execution is kind of bland. Looks like dueling is a bit forced. Would be much better if reaching the end depended on challenging (duel) conversations with the people that stand between you and the girl.

Yup, that's me. You're probably wondering how I got in this situation.

Ah, the protagonist is talking to me, the reader.

You wake up, sweating. What a weird dream!

What? Am I the protagonist now? Was I talking to myself?!
I don't want to marry anyone. Can I just nap through the whole day? Nope. Pistols at dawn it is!

Hmmm… You didn't go far enough, every encounter with another person should have the potential for a pistol duel… HMMM::: Grampa doesn't look that old, more wrinkles!… Ehhh… Mia is pretty crazy giving the unnamed protagonist a loaded gun… EHHH:::: The drawings are a tad crude, why use such a low resolution?… Ahhh… No typos, though, that's a sign of quality…. AHHH::: If I am the protagonist, then why can't I just chicken out?… Uhhh…The shoot ending could have just been an ending… UHHH::: Let's drop the act.

I would be more inclined to go with a single ending, if the protagonist was a named character, say John, clearly separate from the reader. This way I, as the reader, would not expect to have more choices than are available. I wouldn't ask "What would I do in this situation?", but rather "Which choice would John take out of the options he is giving himself?". From this perspective marrying Mia makes much more sense, now that the reader is not involved in the story.

I hope the point comes across clearly enough. There's not much else I can say really, apart from the scores.

Cool story! Not very difficult, but enough depth and content to enjoy your playthrough time.

The scratch effect is really cool, but I understand why you opted out of the audio category as it is licensed asset.

What engine/language did you use to make this?