This is one of the first games that I've made. It's about commanding a group of drones to destroy evil aliens whilst avoiding obstacles like planets and asteroids. The player has to manage the drone fuel carefully and make sure that they do not crash into planets.

I'm thinking I should remake this into a more elaborate format using more than 4 colors.

Beware that I had no idea what I was doing at the time and music is pretty loud. 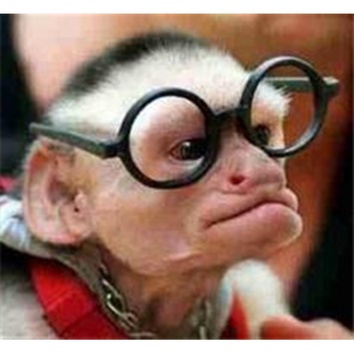 A very cool game with polished graphics. Once I understood how to manoever around the planets it became easier to play ;-) Well done!

Had some trouble figuring out how to maneuver well, a little more visual space to work with might help with that, just a larger field of view relative to the amount of drones. The music and graphics make for a good environment. The 4 color approach is working for what you have, it creates a cool aesthetic and you're using enough contrast in shapes and arangements that nothing gets confused. If you start adding enough stuff that you need more contrast then you can probably go pretty far adding one color at a time until the options for contrast between ships/planets/items run out and you need to add another.

I suck at this game! I like how it's a CGA 4-colour game but the controls and gameplay feel smooth and modern. The idea is cool and simple: shields, guns, attack range. However I turn out to be a rubbish pilot so I couldn't get very far. Good job anyway. Ah, one idea: maybe a tutorial or a step-by-step on how to play for us noobs? :)

Really enjoyed this one! I managed to reach level 3.3 twice, the first time the enemy only had 1 remaining ship so I felt terrible for not making it :P

This is a super fun arcade game to play, with cool graphics and effects, great use of CGA colors, and exciting use of sound. Most of all the gameplay is quite unlike anything I've played, so I'm curious if there are classics that inspired it?

Anyway while the gameplay was slightly obscure to me at first, I eventually understood how each mission expected me to play (hints in bold for other players):

Overall it's still an exciting arcade game to me, and an impressive success for one of your first ventures into gamedev. It definitely has potential to be made bigger, by exploring more with the level design and the overall potential of the game mechanics (currently the different formations seems useless apart from being nice to watch). I'd love to hear about it if you eventually remake Drone Commander into a bigger game!

Art: So even when you're not doing sweet 2D platformer animations you can deliver a consistent aesthetic, huh? I really like how much did you commit to the feel. I don't even know how you did the dithered look on the plantes, but it looks sweet and grungy and vaporwave as heck. Really like it. Sometimes the text and UI breaks the aesthetic a bit, but it's the only thing.

Music: As for the music… Do you actually have different music tracks for menu and missions? Thats bonkers. And they sound really arcadey. Top notch. The sfx maybe feels a bit too repetitive and bothersome at points. I sometimes do the slight pitch variation on sounds that repeat a lot, maybe that would help? Idk.

Gameplay: I know how hard is to make RTS formation movement to work is. Well, I actually don't cause I never managed to get it working as well as yours, and with multiple formations too! I feel like the movement system for this game is a great base for any RTS and its a bit underutilised for the thing its being used here, but it works. I'd really like to be able to group select and move different squads and have mechanics around that, making the game not that blasty but with a tad more planning.

You dont really feel like theres a huge reason to move around that much, and sometimes it feels a bit hard to navigate around planets. Enemies also seem to be a lot dumber in their "planet avoidance" when the script requires so. I even feel less of a reason to change formations except for funsies.

This movement system has so much jazz and potential and feels a bit underappreciate din such a fast arcade game with random fuel floatng around and so little actual planning, but I might be playing a bit bad/wrong.

Final thoughts: Love mostly the tech and the aesthetic. lacks a spin to be a game I'd be really interested in mastering, not really pulled in by the arcade high-thrill action. I dont' think lack of colors is the issue at all, but maybe yes some variety and some pacing, maybe with longer missions that have a bit of puzzle/strategy elements.

I didn't even notice that there were only 4 colors until reading the description well after playing, so awesome job art.

This is your "second game" … WOW … that is a great second game, it has various forms of AI, flocking behaviors and commets that are effected by planet gravity was a really cool touch. The game was extremely difficult for me, practically a non-gamer, as I had no idea how clicking around offered any strategic benefit until several plays later when things crashed into planet. INCLUDING my own drones. I did find that annoying, especially so when I 'guided' the drones far away to circle around and create a "planet trap" - the AI of my drones would inevitably just crash into the planet I was trying to avoid.