Experiment is a short walking simulator/physics game where you wake up in a small, dark room with bottles and a gate with no idea how you got there or what to do.

The idea is that you were experimented on and the bottles are remnants of an experimental growth formula gone wildly wrong.

Due to time constraints I had to cut a few mechanics from the game so it's very basic, my goal towards the end was just to get something playable and finished, however basic. I can always add to it later. There's only two levels currently.

The game was made with a mix of C++ and blueprints in UE4. All models were made by me.

Music: Bensound.com (no music experience whatsoever so I just used something to make it less boring)

As per the rules at https://alakajam.com/article/alakajam-competition-rules

I am not sure it using textures and sounds from those cites would follow the spirit of the rules. I am also not sure how that would apply to blueprints in the UE4.

Still let me try your game. 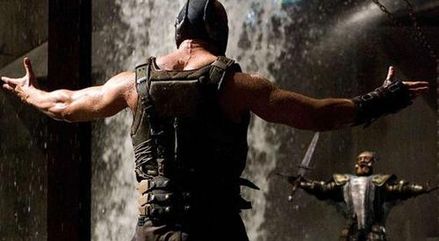 Yeah I was basing it on this in the rules:

Obviously, those rules don't cover every scenario (for instance you may realize the music volume is super low, or in-game instructions are wrong, etc.).

Ultimately the only thing that I used that wasn't modified in some way was the music, everything else I modified in photoshop or audacity. If that's not allowed, oh well lol

Just finished playing it, was an interesting experience, but I couldn't really see how it related to the theme of Always Growing.

Like others, I didn't really know what the relation to the theme was. Probably something to do with those bottles? I noticed some of the bottles were bigger, maybe that? Or were you supposed to drink stuff and grow to get out..?

Anyway for what it was, it did intrigue me. I spent a while to actually look for a way out, however I'm such a dummy I didn't know where to go at times. I suppose I had to pile the boxes somewhere and climb them up? Just couldn't find where that was.

I see the base idea of your game and I hope you continue it, or something similar to game like this. Physics based puzzles are really fun to me.

Give me a hint how to get to the second level and I'll try again :D

Haha thanks Akselmo :) The theme was sort of explained in the description, not so much in the game (that's definitely my bad). It's basically an experiment of sorts that got out of hand, the bottles were a growth formula that's causing various things to grow, it makes a little more sense further in but I still did a pretty bad job of explaining it lol (some stuff got cut towards the end).

To get to the second level, you can either pick up the boxes with left click and move them and go through the maze to the exit (which is also behind some movable objects) or you can take the other path which leads you past the first boxes and pretty close to the exit.

For the first level, I would recommend setting the color of the skybox to be something dark so it's less noticable when im looking at cracks in the geometry.

I liked the second level, but as it seems from the comments above there isn't really any good indication of how to solve it. I only tried it because I used to try to break out of maps in old games to see the broken geometry and how everything was constructed. It's cool to have a game which plays into that kind of enjoyment because most of the time you just get boring invisible walls.

Thanks for the feedback!

At first I thought it was a scary game looking at the screenshot but the music conflicted with that. I didn't feel like there was much of the theme in this game at the moment and it seems like moving sideways is faster then moving forwards which felt a bit weird.

There is potential for more though if you end up implementing some more stuff like your character being able to grow because of the growth formula. I also noticed some cracks in walls that show a bright white background.

Sorry, but using a this many (over half a GB!) of premade textures, sounds and music -- even if you modified them -- does go against the spirit of the rules of the Solo division as I interpret them. On the other hand, the rules could definitely be made clearer, although they'll never perfectly cover every situation.

In the end, we're all here to have fun and maybe learn something, that's what counts!

Sounds like you got a little too ambitious, is this your first short game jam? Don't worry, it happens to all of us, at least you got something done, just try to focus on a simpler mechanic next time. The first level isn't too badly designed, but I felt like it was too dark and the graps between the walls were annoying.
The graphics are decent, I like the look of the second level in particular, but I feel like the music is too loud and unfitting (and also it doesn't repeat for some reason). Hone your UE4 shills and I can't wait to see what you make in october.

Thanks Bacon, and yeah it was my first solo jam. I'm gonna keep working on things and try to make something better next time :)

The first level is way too dark! Finding the exit, even after learning of its existance, was tough. The second level was much more clear visually, yet there isn't much to do there either. Jumping over the fence to the vast, green world to catch a…. ball of some sort was a rather odd ending.

Too bad you couldn't get all the mechanics in. The theme certainly isn't present at the moment.

I'll refrain from ratings this time due to the incomplete nature of the project and the borrowed assets.