Improvements are constantly happening in this project, please use whatever latest version is available.

NOTE: This is very early WIP project of an online multiplayer game. There are two online playtests available during Feedback Fortnight 2018. They will be:

You can join a play test from my indie development livestream at those specific times.

Oh! Been seeing gifs of this in twitter for ages, nice to be able to give it a try!

Art: I guess the art is not final at all. Anyway, my suggestion are to keep the plasticky look but instead of having a phong shader go with flat shading or some cell shading ala Wind Waker. The world looks a bit fake somehow now, like the cars dont even pass for toy cars. Some polygons and some colors make it look very game-enginey, and I cant really pinpoint why that well. Just the shadows improved the feel a lot from what you had before, so youre not really very far from havign a solid marketable look.

Music: Well, youll need a banger to go with the high octane gameplay at some point :)

Gameplay: I like the controls of the car quite a bit. The thigns I found most annoying are the camera rotating when I go backwards (I already have the back vision, its very bothersome that camera goes back and forth when I try to do some maniobres). Also, it's not clear to me when I can rotate and when i cant. I think the conclusion I reached is that, as long as I have "some" speed, I can rotate, always at the same speed. Thats not how cars work, and it feels very awkward.
At some point the game went crazy and started going at like double speed or something? It stopped after a while. I don't really understand what the ble bar that shows up is, and its also not clear at which points the game decides I'm too off-road and just pops me back in.
The shooting feels a-ok, I'm just not sure how well will it work inside an actual race.
Im not sure which direction you want to take the game but some icnentives for doing trick would be cool probably.

Final thoughts: The base is amazing, I know this is a huge long project, and its working great, just needs hours and you seem to know what you're doing, Best of luck! i'll keep following the developement.

I missed the playtesting sessions but could still have fun with the game! I tried to install a Windows SDK, then a full Ubuntu VM on VirtualBox just for RoR, all without success, before I found a tip on Github that made the game work on my Windows 7. In case anybody has the issue:

To make the game work on Windows 7: Simply grab S:\Windows\SysWOW64\xinput1_3.dll, rename the file to xinput1_4.dll and paste it in the game folder.

While the loss of proper Win7 support is absolutely an outrage, I've got to say the game made good progress. The car itself looks better than before, and with the upcoming upgrade it will be even better.

I feel it controls better as well, although that might be because of the different, smoother map layout. The environment has more character as well, with the start to an industrial theme of sorts, thanks to the yellow trucks and the metallic tower. It's still quite functional though, the track being quite basic and unchallenging for the most part.

Or is it? While the track is simple, I actually still have to finish a full lap without going off track at least once :P It's usually because of not landing where I'm supposed to, but also quite often because the car suddenly steers much faster than expected, especially in uphill slopes I think? Anyway I feel the control issues are now a bit less about the car being floaty and more about it having surprising behavior in certain situations.

Regarding boost, it took me a while to understand how it worked (especially how the blue bar got filled and turned off), but despite that the drifting in itself is already super fun! It might be the nice particle work or simply the fact that it's already quite well balanced, but I really enjoyed drifting through corners :)

I almost didn't find how to get rockets to shoot, then I accidentally managed to make a super fast and clean 360 backflip :O The idea of getting bonuses through tricks is cool! The rocket shooting seems to work fine, maybe the rockets could made bigger to make things more obvious but I assume the assets are temporary.

My best time so far is a 2:09. I hope to join an upcoming playtesting session to try this online at last!

The game looks good - the (new) car is super cool and slick, and there's some nice cars/trucks around and some scenery. The road is pretty white but I assume that's placeholder. The shadows are way too dark and I can't see anything wih them on :) The particles are nice.

Sometimes when I drive off-road I get put back on in a weird position, and atleast once the steering made my turn the wrong way before I could do anything. Maybe I was still steering from before the respawn?

Speaking of respawns, wow, this game is harsh. Just slightly off-road and you're brutally placed back on it. I assume this is intentional, but I would much prefer losing speed on the grass but being allowed to go off-road. It does break the immersion a lot when you are yanked back to the road every few seconds. Yes, becuase that's how much of a crap driver I am. I find the controls quite hard to master, and I keep involuntarily spinning. Especially after jumps, no matter small, my car will start spinning and I will go off road quite often. It feels like I need to wait for the car to lose all speed before I can safely press accellerate again after a jump?

Anyway, I'm sure it's partly just something I need to get used to - but I have a very hard time trying to keep on the road for a whole lap, and that shouldn't just be my fault (I hope!).

When I change the res, all the buttons lose text. If I restart the game, they are back.

Looking forward to more progress - this game is looking more and more professional, and I'm sure it'll be lots of fun with online multiplayer! 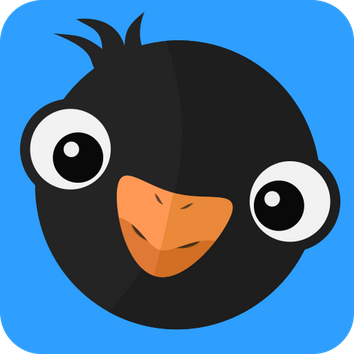