The Adventure Kajam has ended! 0 0

Sadly all adventures eventually end. But congratulations to the winners, and to everyone who participated. We were lucky to have such a diverse array of games, and I want to say thanks to everybody who submitted something.

Missed your chance to play a game? You can find them here.

It's time for another Feedback Fortnight! It now starts tomorrow at 20:00 UTC. So take a quick breather then hurry back for some delicious feedback (and also games to play!).

In the end we got a nice handful of games, so let's show our appreciation and play them!

Well done to everyone involved—making an adventure game is no small feat—and to @AaronBacon in particular.

If you need more time

Entries are still open (this is a Kajam, after all), so if you've been working hard on something and want to show it, there's still a little time left. We only have until Friday to vote, though, so don't take too long! :)

So it turns out making an adventure game is hard.

Perhaps we were asking a lot, sandwiching an adventure game jam into such a small amount of time. So we've extended the entries period! Yep, that's right, there's a little bit more time to squeeze out some more adventures!

Let's also have a round of applause for @AaronBacon, who did manage to finish a game in the time limit!

This time we're focusing on building an adventure game.

What does that mean?

Your challenge is to make a game involving some of these elements, or any others you think are common to the genre.

Or just make something cool and show us! Whatever you do, the real goal is to have fun and be nice. 😎 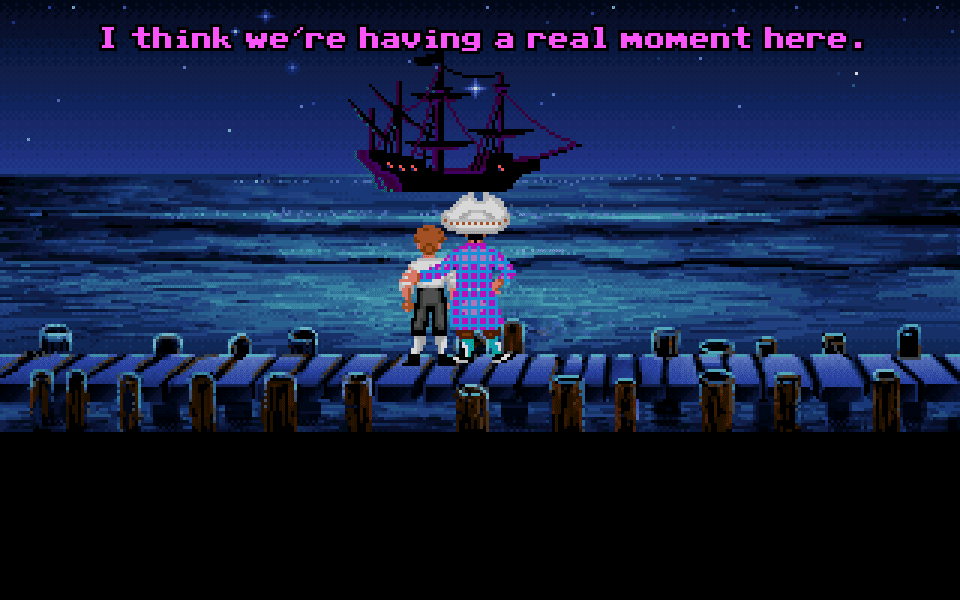 When I was your age, we played these things called adventure games…

Beginning as far back as the 1970s (😱), these games originated as text-based experiences such as Colossal Cave Adventure. During the 1980s and '90s, the genre embraced graphics and brought us memorable classics such as Siera's King's Quest series and The Secret of Monkey Island. Influential 3D titles include Myst and Grim Fandango. More recently, the genre supposedly declined, but has also seen some real success with games like Telltale's The Walking Dead and Don't Escape, as well as the prolific output of Wadjet Eye.

@Tijn very helpfully composed a list of tools that might be useful. If you have any others, suggest them below and I'll keep this list updated.