I make games and tell stories. Not much else to say here.

You can check out my tumblr where I post illustrations or my itch.io page where you can find some of my games 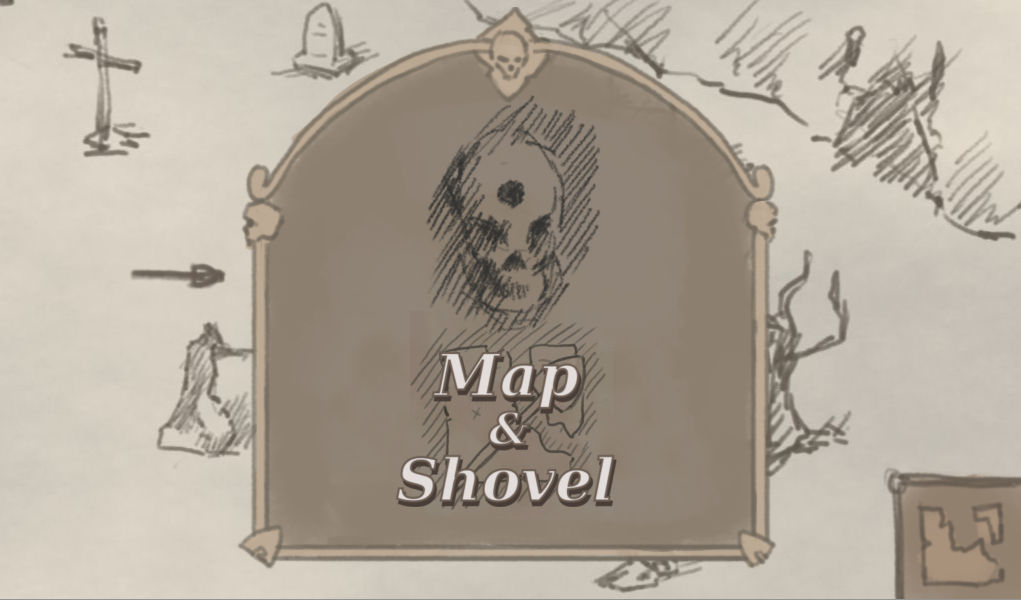 What you can find in the postjam version:

The game is still short, less than five minutes, but I think the music alone gives a lot more in terms of mood. If you want, check it out and let me know what you think, I'm always happy to hear back from the players.

Thanks to everyone that gave me feedback on my game, your suggestions have been really useful.

You can find the postjam version on my itch page: https://fullmontis.itch.io/map-and-shovel

Oof, that was close. I really didn't think I would be able to finish the game, was clenching my butt until the last minute. But it is out and it works. It seems to, at least.

I'm glad to say that Map and Shovel is done! 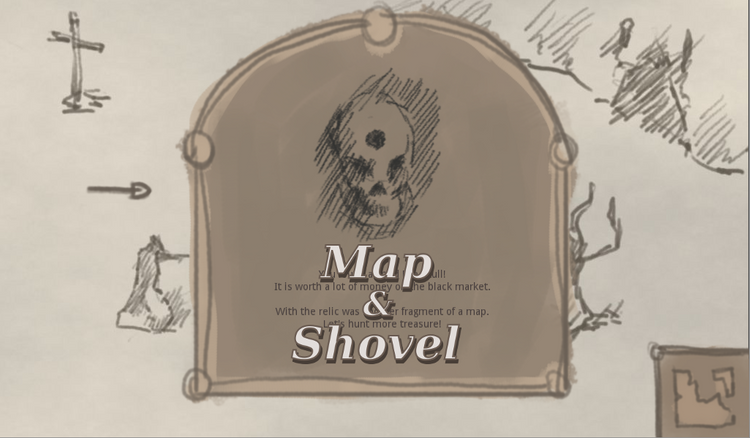 Let's go to the meat: what is it about?

It is a simple point and click/puzzle game, where you have to find the position on the screen where the treasure was buried. You get a small fragment of a map that you have to decipher with the little info you have. Will you be able to find them all?

It is very short and I find it kinda entertaining, so maybe it will give you a couple of minutes of fun.

You may ask… Why the rush, if it is so simple? The answer is that I can't keep to a schedule, and that I should not try a jam without not having completed at least a game with it before… And many other things I will probably talk about in a future post/video, who knows. But anyway.

You can play it HERE

The first time I said I would be back and so I am! This time around I will be using the Godot engine, to which I am rather new. I'm quite excited, let's see how it goes.

You can play it now online: A Strange Package 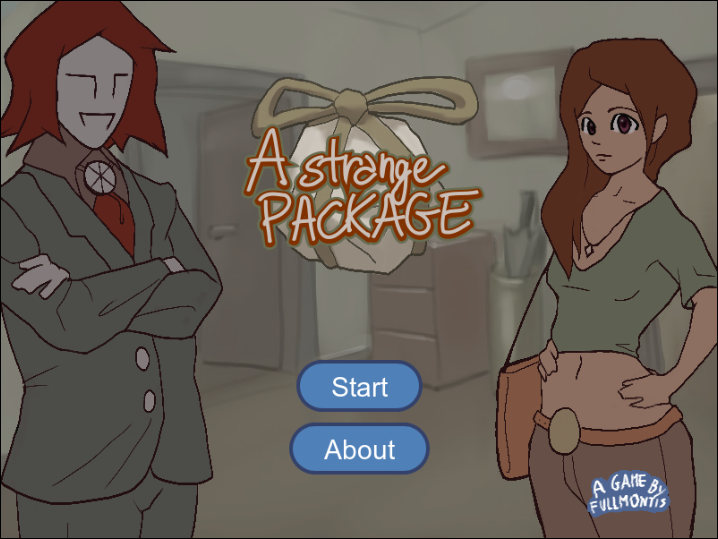 It took a while but I was able to finish it, finally. Definitely a lot more work than I thought at first.

The result is a short but fun visual novel, with multiple choices and three different ending to get. I have mainly worked on the graphical aspect, polishing up the animations and graphics, but I also added more music tracks, a lot more dialogue and, most importantly, I did a lot of coding.

This last part is important because I am going to release, under the welcoming MIT License, the engine that runs the whole visual novel. It will take a few days, so you may want to follow me on twitter for updates (it is in my profile), if you are interested. Now, this may raise the question, why do something like this when I could have just used something that already existed, like for example the magnificent RenPy visual novel engine? 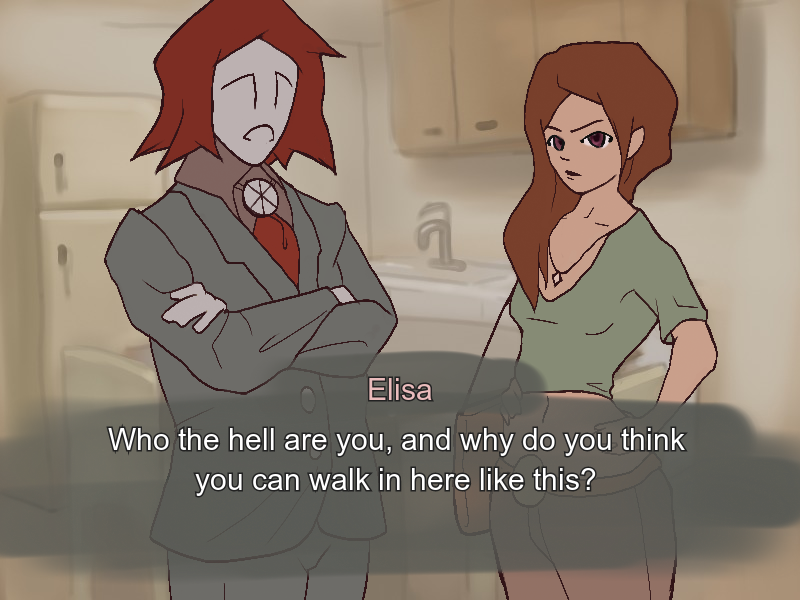 There are a few different reasons for this. First, I wanted an engine that run in a HTML5 browser. Ren'Py runs on desktop, and that a little limiting. In the fast moving world that we have today, being able to reach the user as fast as possible is very important, and playing directly in the browser is quicker and more relaxing. Second, I wanted an engine that allowed for fast development. I found a great compromise with a functional approach to Javascript, which makes the development quicker by keeping elements modular and flexible.

(I know that releasing such a small game more than a month later than when I started it may raise a few eyebrows as to the speed of development in this engine… Well, in fact the problem is that I had a few personal life problems that ate a lot of my time during this period. The engine was very benign under this aspect, by not having any major bugs and allowing for a fluidiy in development that warms my heart.) 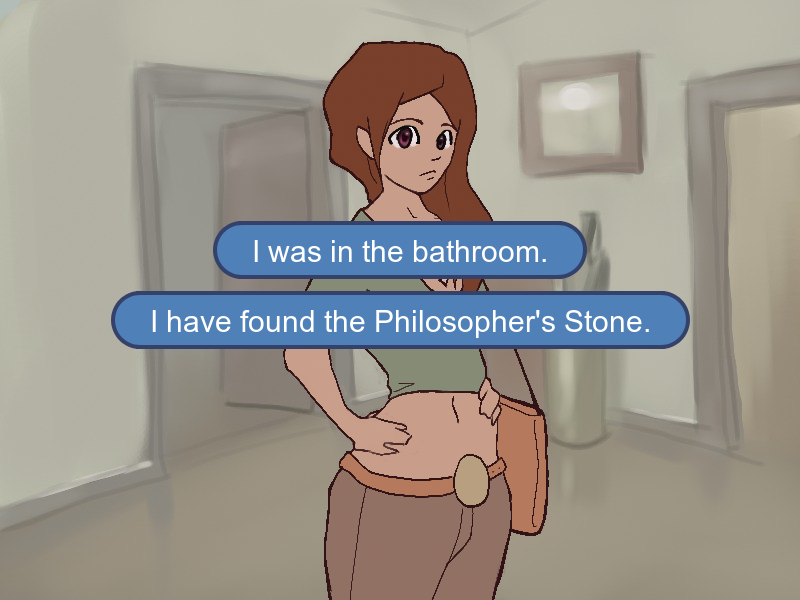 I do not want to make this whole post about the engine so I just want to say: if you have a few spare minutes for a fun story, please play A Strange Package. It would mean the world to me.

I want to thank everyone that gave me feedback on the game because that helped make the final version much better. And of course I want to thank the Alakajam organizers for this beautiful event. I am very pleased to have been part of this jam, and you can count on my presence for the next jams. Until then, bye!

The post jam version of A Strange Package is coming along quite nice. A new coat of paint on the graphics of the game and (finally!) choices have been implemented in the game! If everything goes according to plans, the game will be completed this Sunday.

I thought I would never be able to write this post, but I actually finished something! A Strange Package, an HTML5 kinetic novel, is my submission for this edition of the Alakajam!

Now on to play some games. Since there aren't many submission, I will try and play every single one of them. Let's see how it goes. 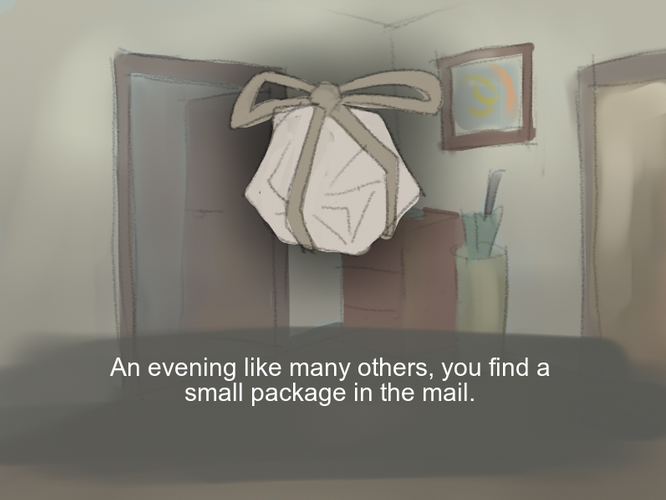 Fruitful evening this one! Decided to go with a simple visual novel. Character design is in place and the story is at a good point, and everything is looking good for now. 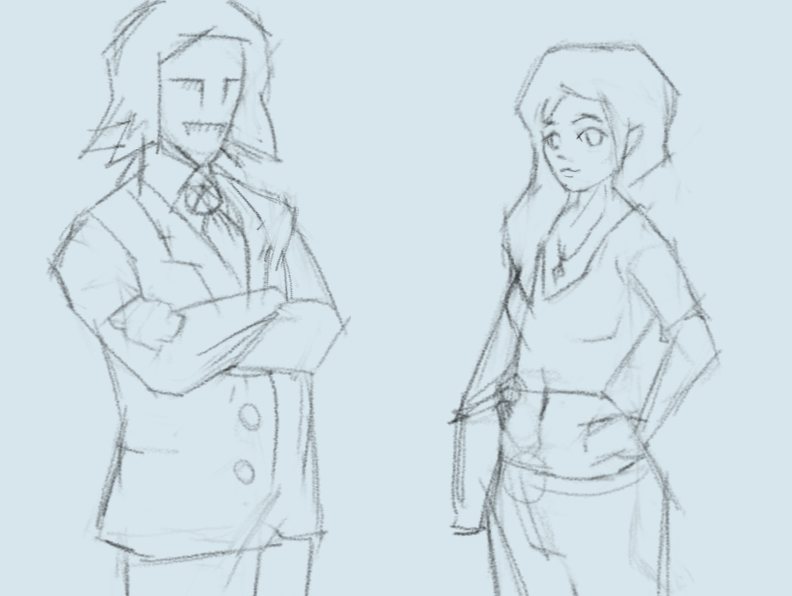 I'm excited to partecipate. I always wanted an european-time friendly ludum dare. I wasn't able to partecipate in the last Ludum Dare and this is a good way to get my fix for the time being.

I am going to make a game in HTML5/JS with my Magic framework that I've developed during the course of a few compos. I will be using MyPaint and Gimp for anything graphics related, and Audacity for sounds and music.

In the mean time you may check out my tumblr or my itch.io page to see some of my past work, if you want of course. If you want to get in contact, give an holler.

Good luck to everyone.