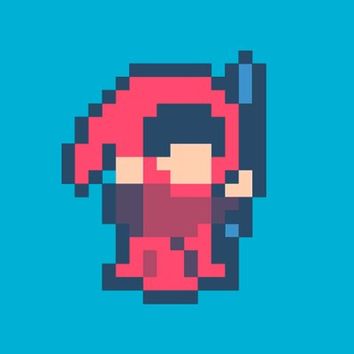 “All we have to decide is what to do with the time that is given us.” ― Gandalf the Grey

Keynote for the Adventure Kajam 1 6

Get inspired for the upcoming Adventure Kajam with the animated keynote created by @Aurel300! 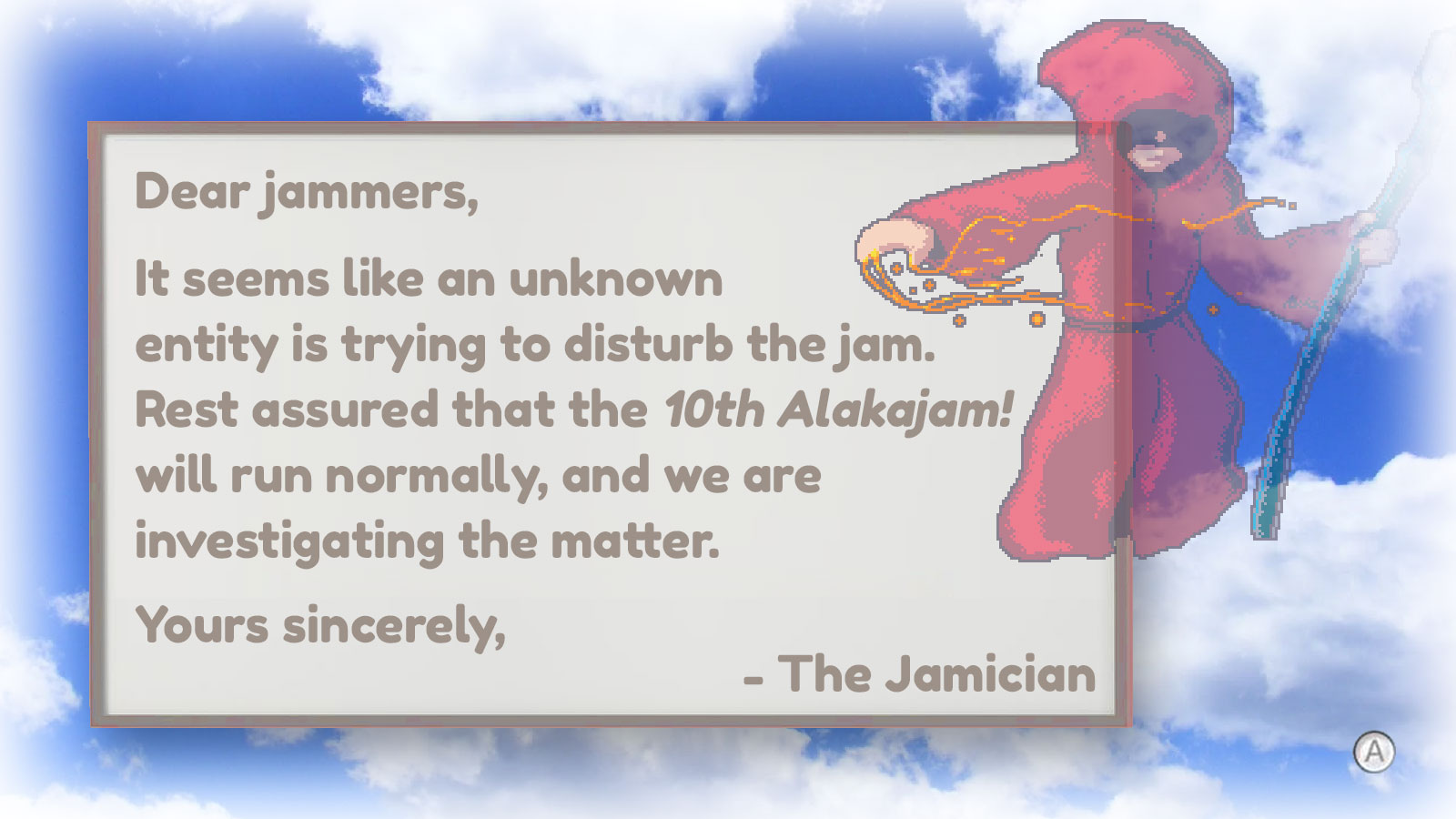 Finances of the “Alakajam!” community 0 2 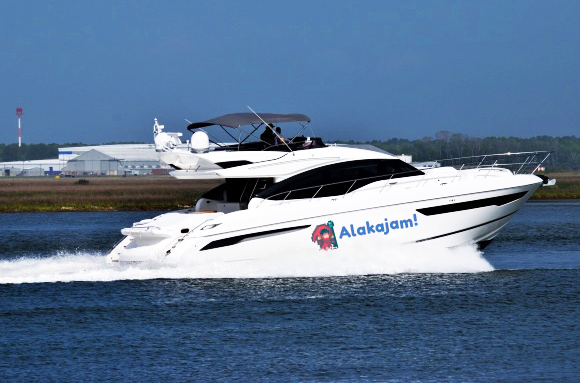 You can donate to the Alakajam! non-profit by following the link above. All financial help is welcome! It will help us cover the costs of the servers, plus the occasional little gifts we award during events like stickers and magnets. Also maybe, someday, we can host a jam a yacht.

To keep things transparent you can keep track of the donations and expenses below. Big thanks to you for supporting the community!

After launching this website back in July 2017, we quickly realized its name wasn't completely effective, as a lot of people didn't get the pun between "game jam" and the "Alakazam!" magic word (which it definitely is). Because of that, we have finally grown tired of the Alakajam! name and decided to retire it.

After long debates and dozens of rejected names, including "Code Prog-jammers", "World Jam-pionship", and "OSWALD" ("OSWALD Surely Wasn't Another Ludum Dare"), we unanimously praised the discovery of the awesome pun: Wingardium LevioJam!

Sure, we feared for a moment that the name was a bit long and forced, but then we remembered this great quote:

Inspired by these great words, we have eventually decided to stick with the name and launched this new version of the site. We hope you'll like it!

UPDATE: Our lawyers suggested we retire the "Wingardium LevioJam!" theme & name, due to similarities with an existing license. It only lasted for April 1st, too bad! 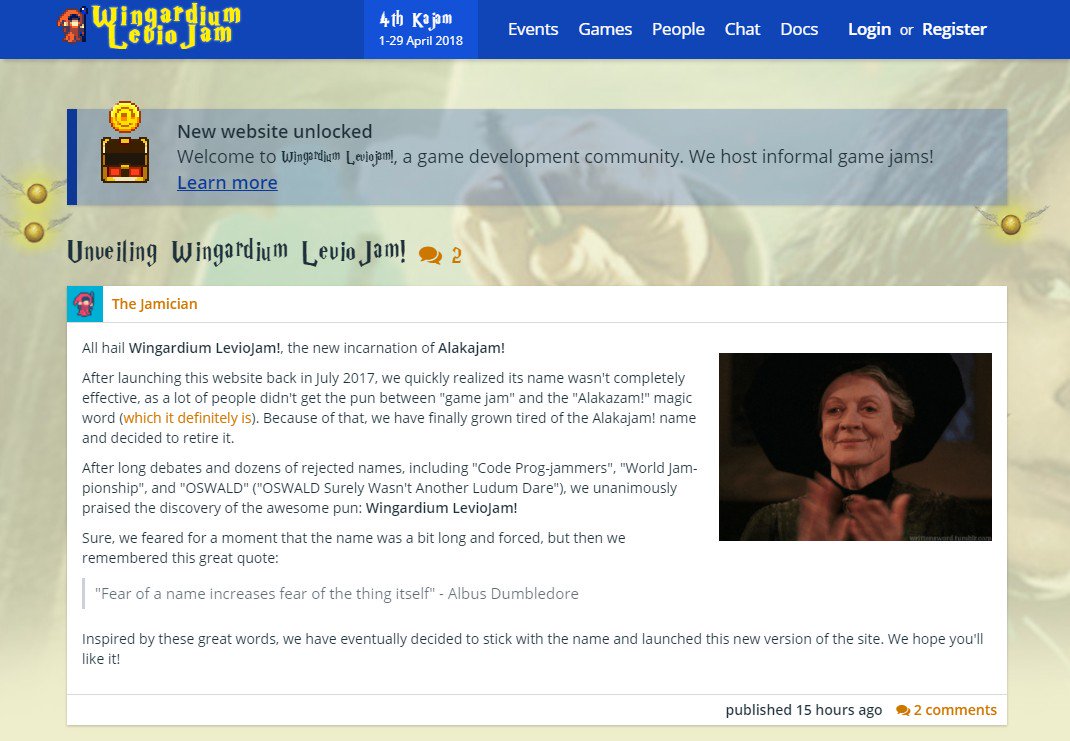 Welcome to the Jamician's personal site!

My most magical gifs

Alakajam! is a young community gathering game development enthusiasts from all backgrounds. We host a series of informal events, that give you a chance to both make games and get people to play them:

Sounds exciting? Come join us! You can start by making an account in a few clicks, then check the home page or the Events to learn the date of the next jam. Feel free to introduce yourself with a blog post!

If you want to give a hand to this brand new community: spread the word, give feedback and if you're a coder, why not join us on Github!

This site just launched, so you will most probably encounter bugs. Please report them there: