Get coins. Avoid bullets and mines. Shoot down the enemies. Don't get off the screen.
Stay in
by SadaleNet
on 4th Alakajam!
Solo

Hello! This is Sadale. Lately I've been developing a low-end portable game console with the following specs: 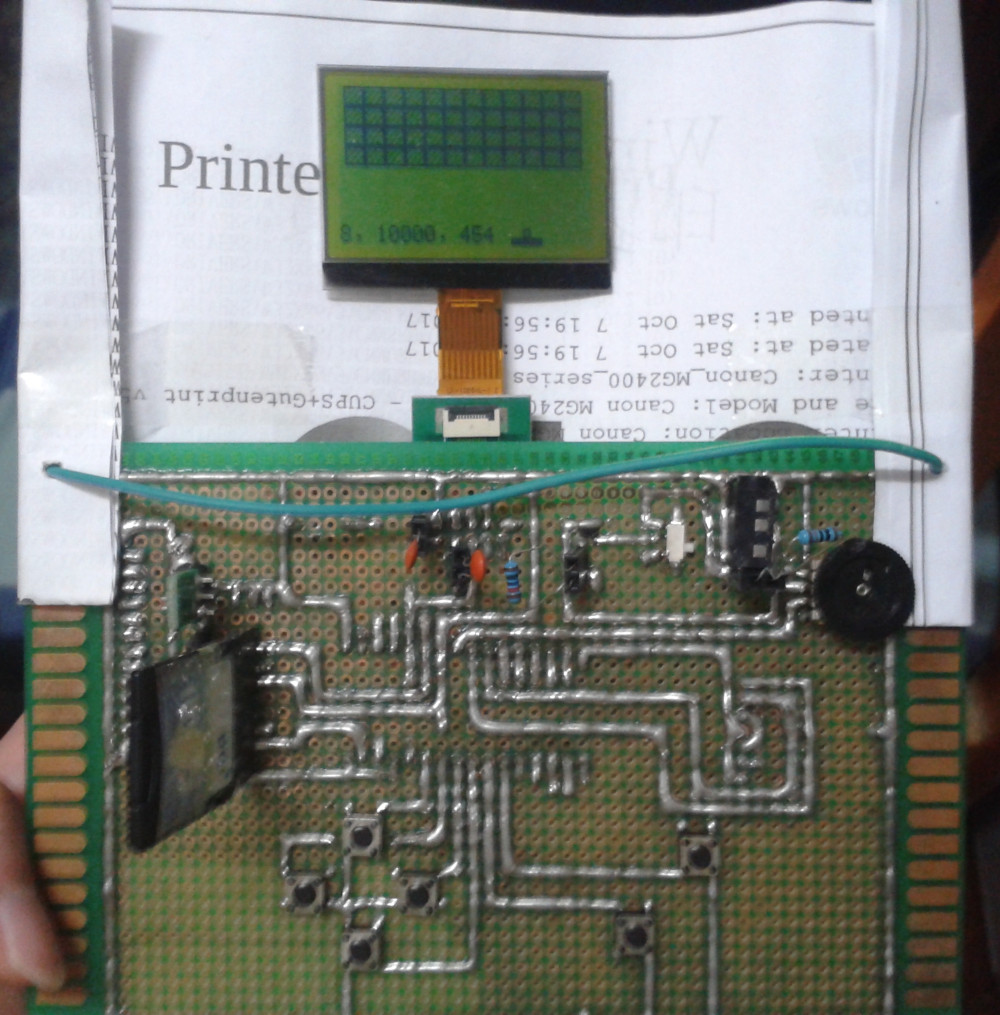 The photo above is the second prototype of the game console running a demo breakout game. The game console is mostly completed with its low-level driver functions ready. When this console is powered up, a menu is shown for the user to select the game stored in the SD card to be played. Games developed for this console call the functions located in its bootloader to access its hardware-interfacing functions.

I'll be drawing PCB board for this product. This will be my first project involving PCB. After that, perhaps I would also draw a case for it.

But before that, I'd like to develop another game on this console. That's why I'm here! I'll be joining the 4th Alaka Jam!

This will be my first Alakajam. I'll be doing it solo. Let's see how it'd turn out! :)

Too bad! You guys probably can't test out the game I'm going to develop and vote based on that, because you can't run the game without the hardware. :(