Officially started my jam this afternoon! Here's a gif from three hours in:

To those of you following along, I had to find a new ffmpeg command to get better palette usage in the gifs. This code is pretty similar, but generates much better images than the last command I posted:
ffmpeg -i source.mp4 -vf "fps=15,scale=480:-1:flags=lanczos,split[s0][s1];[s0]palettegen[p];[s1][p]paletteuse" -loop 0 -ss 1.5 -to 10.5 output.gif

On the code side, I've been messing around with curves and color tints, to make sure that my plan for art tomorrow will work. The idea is to draw all of the vegetables and leaves in a monochrome white/gray style, and then tint them in code so that they can change colors as they grow. I may also tint the vine based on what vegetable it grew from, but I have to see if it looks good. I'm working on the vines right now, they will be built up leaf by leaf, likely tracing a slightly randomized curve of the real path on the grid. 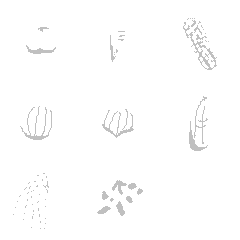 (not a button, just needed a non-white background for these images. is there a better way to do that?)

In gameplay, I'm making decent progress. You can see drag and drop working in the gif (it's even disabled until all cards are dealt), and when the board is finished it'll register valid moves and draw the next card from the deck. The bouncing path that cards follow is actually just a single Curve2D with well placed control points, so their positions only interpolate to the numbers 1-5 from 0, with a delay. Super easy and satisfying polish, that I can tweak later.

As a final thought, I'll admit that I haven't been sprinting as much as I wanted to yet. I still have ~12 of my first 24 hours left, but gameplay and balancing was supposed to be mostly done by the end of day 1. I'm taking it easier than a weekend jam because I don't want to burn out midway through, and I even think sleep is more important right now. We'll see if that comes back to bite me later… on to day two! 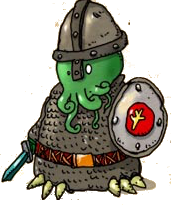 Ah yes, the joys of finding the right ffmpeg incantation…

Looks like good progress, especially considering the fact that we have the whole week! :D