Phew, that was a long weekend. I was able to get some decent opponent AI working in the last 12 hours, and adjusted the 8 unique player decks accordingly, so they mostly ramp up in difficulty. Make sure you win games early and get new cards, or the later battles will be much harder to win. And Inga is a little easier to start with than Sly is, but the two players are basically the same otherwise.

Since I had to submit to unranked because I overscoped it this time, I'd really appreciate some comments on the game. I even added a highscore timer and reset system so we could take this duel theme a little bit further! XD Here's some screenshots to pique your interest: 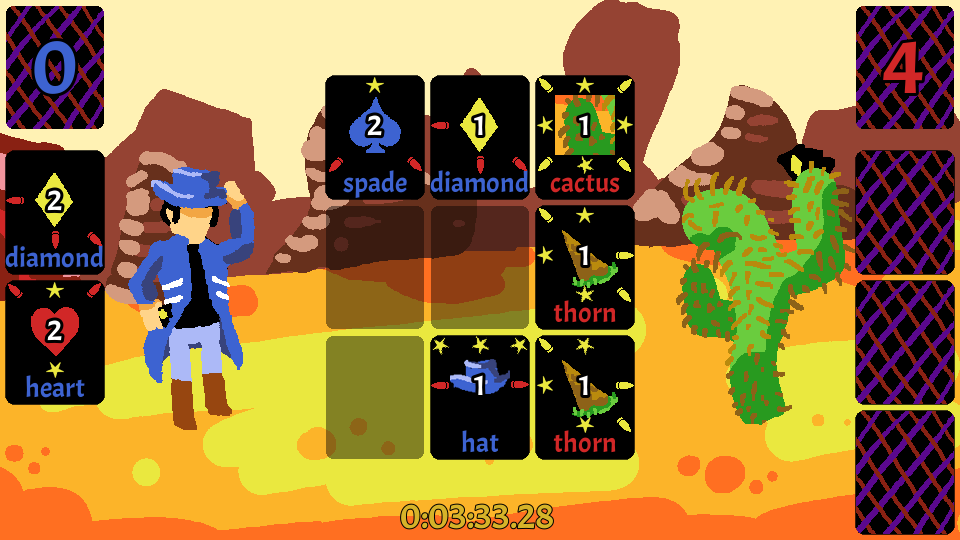 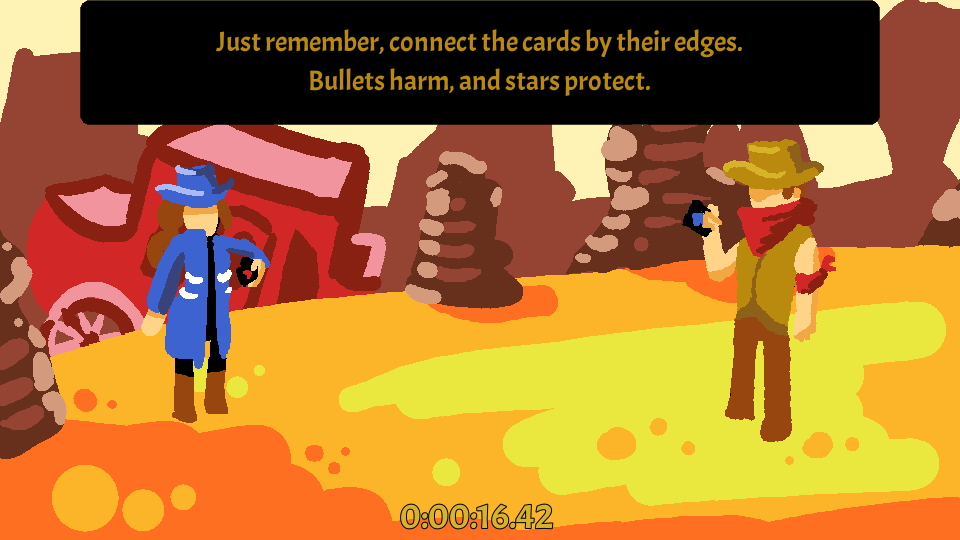 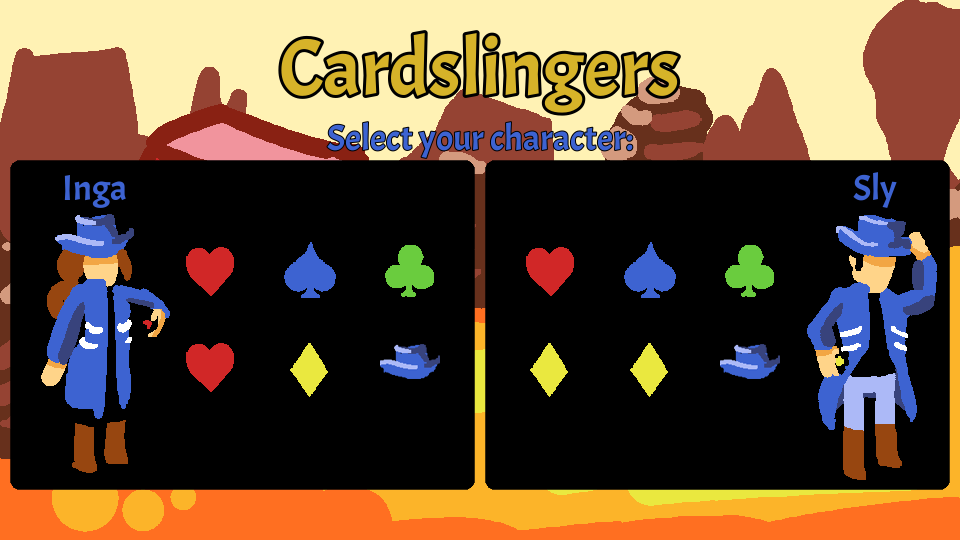 Thank you for another amazing event! I'm going to catch up on some sleep now, but I'll be back for some playing and rating tomorrow.