Each turn, both players select one of their own frogs to use. Once both players have selected a frog, the two frogs act simultaneously. Both frogs act by extending their tongues in the direction they're facing. Wraparound is enabled, so a tongue can, for example, leave the right edge of the screen and re-enter on the left.

Each tongue extends as far as it can go, until it hits the other player's selected frog, the other frog's tongue, or itself (by wrapping all the way around the screen). Then, each frog brings in its tongue, eating the frog directly in front of it, and bringing any following frogs closer to it by one space. If a frog tries to eat the frog selected by the other player, it will fail. If both frogs try to eat the same frog or each other, they will both fail.

Frogs cannot change the direction they face. A frog is only allowed to act if there is another frog directly in front of it to eat. Otherwise, its lily pad will turn gray to indicate that it cannot be selected. The goal of the game is to make it so your opponent has no valid moves remaining. If only one player has valid moves left, they win. If both players run out of valid moves on the same turn, the game ends in a draw.
​

Very interesting idea! I think it's pretty hard to create a simple-to-understand tactical game, especially one that could be played as a physical tabletop game! The rules were fairly easy to grasp, and the strategy developed as I played more games. I like how you can end up forcing the other player to eat his own kin :)

Nice work, and the game worked really well online - I know getting a waiting room and invite/accept stuff working is a lot harder than you'd perhaps think, so well done on that.

I dunno if there is a single player option, but I assume it would be a lot of work to make a good AI - but I'd definitely try it out if there was one! 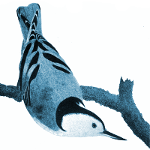