External entry Made for Ludum Dare 32

So this is my entry for the compo. It's called 'RRRR', stylized as 'XXXX'. I kinda wanted to make a game with a rather simple art style, but still give it a very bouncy and fun mood. The mechanics are simple, the idea behind it is super clichéd, and more importantly, it's challening! Just like all of my games I try to make sure they maintain a certain level of difficulty. While the game is rageworthy, I tried to tone down the difficulty a bit though, so it's still fun and not just punishing. Hopefully that'll pay off :P

INSTRUCTIONS (READ BEFORE PLAYING):
You are in a hot air balloon floating around in the sky trying to protect the area below from being bombed. To do this, you use your BUBBLE GUN to 'softly and gently' defuse them. Later on in the game, you also must avoid getting hit with lasers. Let me just warn you, that gets pretty tricky! You win once you get at least 5000 points.

The controls are described in-game.

REQUIRES JAVA 7 OR HIGHER!
Have fun with this ladies and gentlemen.

Now then, to get some sleep… 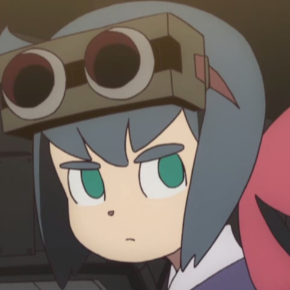