After years of exploitation of the earth there is almost nothing left.
The earth is low on oil and coal and due to pollution solar panels don't work anymore.
We are running out of power!

Humanity's last hope is to move to another planet and start over. Our astronomer found a suitable planet with the beautiful name of Unadexus.
You are in charge of guiding this mission and bringing all remaining humans to Unadexus.

Note: While the web version seems to run fine most of the time, it might crash without any reason. Try the desktop version to avoid unnecessary crashes 😉

You start on earth with a few people. Your goal is to bring everyone to Unadexus. To do this you will have to gather enough resources to build large space ships. As there aren't enough resources on earth and it is too far to Unadexus to fly in one part you have to colonize other planets. On each planet you need to build up infrastructure to gather resources and support your mission. But don't run out of power. Once you don't have any energy left, the people will die!

To be able to play the game you should read the tutorial.

Below some screenshots of the game. 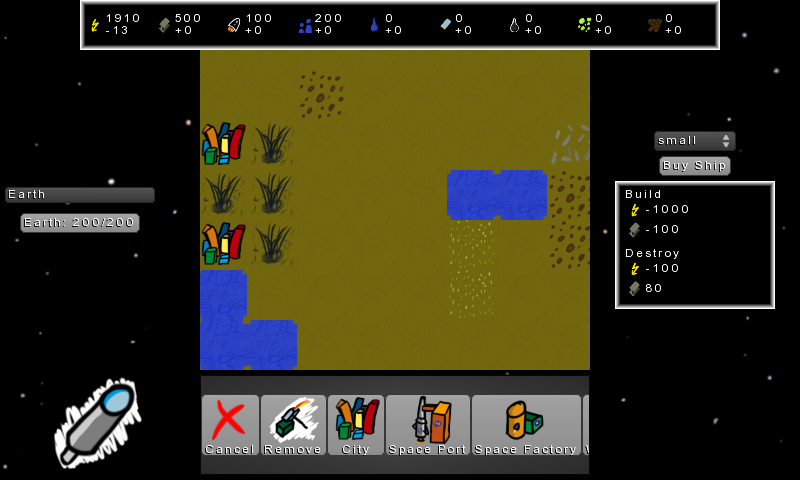 Map of the universe: 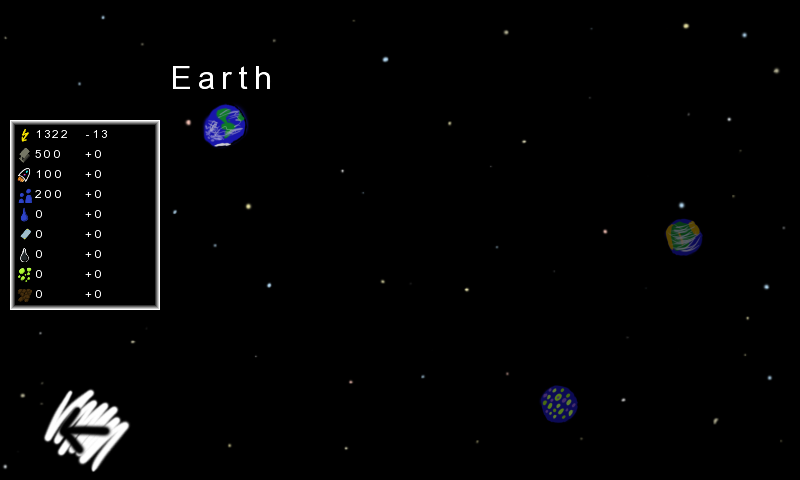 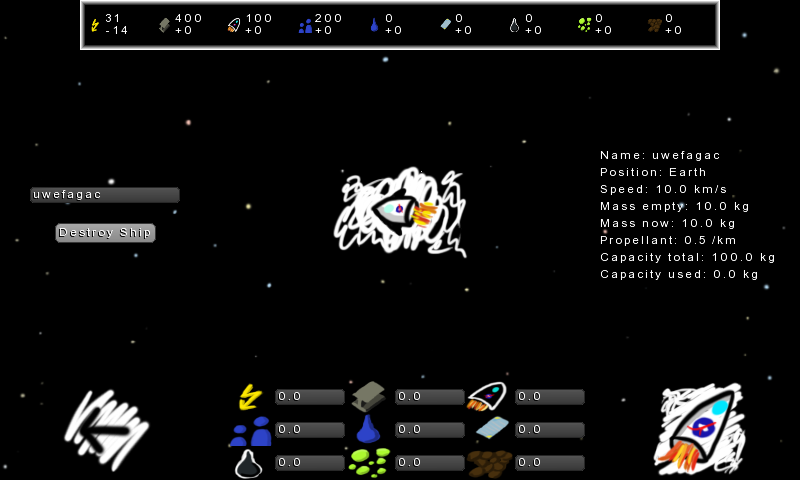