I'm going to make an isometric combat game. (realtime even though it's isometric) 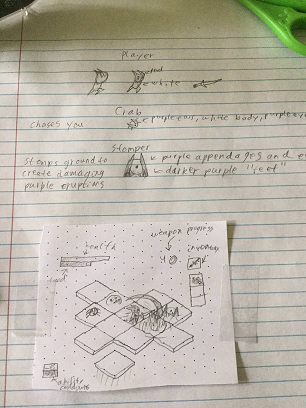 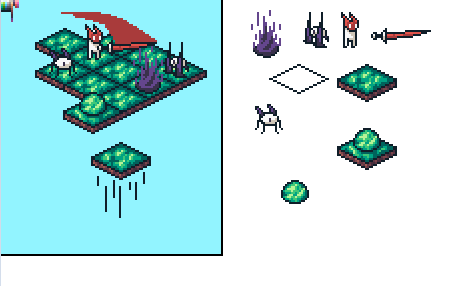 I'll reveal how the game itself works (and uses the theme) in another post later.

To be clear, the laptop on the left is my computer. The main monitor is just hooked up via HDMI cable.

Also, it looks like some of my themes will make it to the shortlist. :D

EDIT: My theme Always Growing made it. 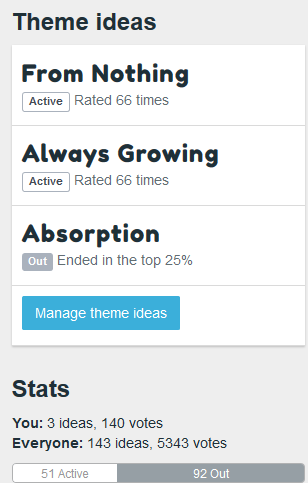 I'll be entering solo for my 3rd AKJ in a row.

I've been messing around with pixelart some more (for my MMO) and I'll be aiming for #1 in graphics! :D

Here are my other AKJ entries if you're interested:

I made a guideline image using the easel and background so I could tell where to draw in the game. Also, if you look hard enough, you can see the lines from any color. My 77% was the second of 2 tries after I made the guideline image. ^-^ 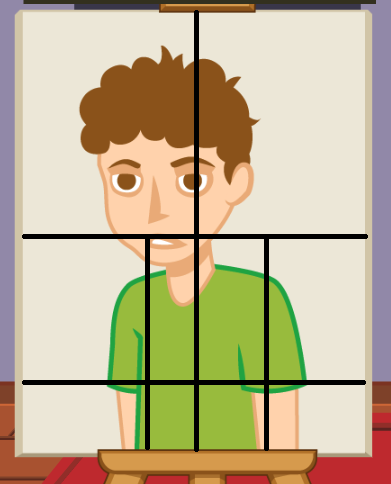 Spike was probably my favorite game to play for the tournament. At first it seemed like luck, but eventually you figure out there are some rules to the map gen (or possibly hand made maps?).

First off, there's the obvious tip of figuring out where the walls are so you don't hit them from two sides. 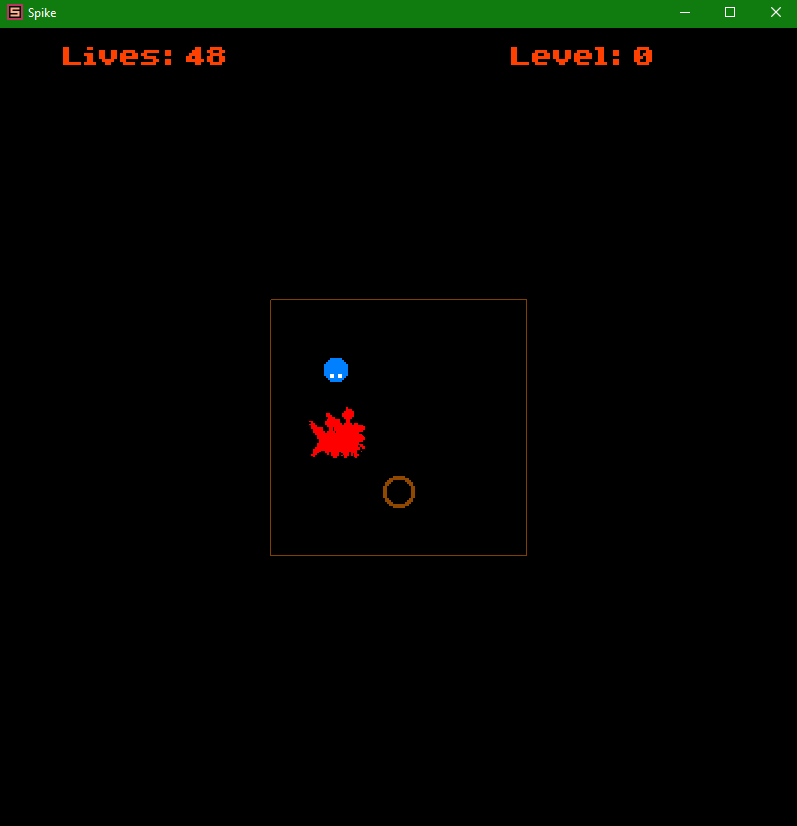 You can already tell where two blocks are, which leaves only one path through: 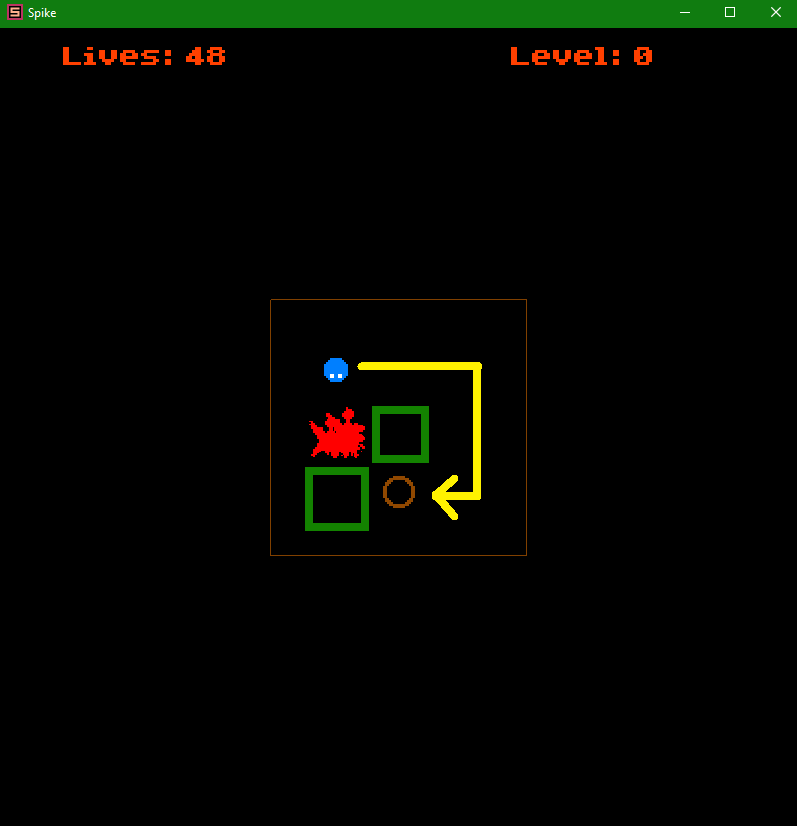 One of the "rules" I was talking about was the fact that (I don't think) the end is ever in a straight line from the starting point. I don't think I've ever seen a case where there was only one turn either.

You may be tempted to do this: 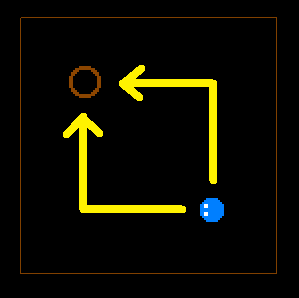 But going off of the previously stated rule, you can assume those routes are blocked, which leaves only a few paths: 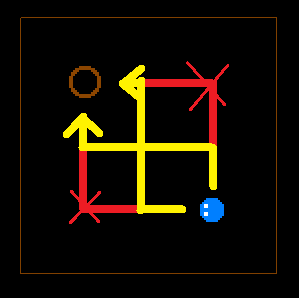 Now let's take an example of another level. In this level, you start 2 blocks away from the spawn. Since it would only take two turns (not counting turning on the starting point) to get the the end, we can assume there are blocks there. Typically (not always the case), the levels don't make you walk through the entire area, so two paths are immediately obvious here: 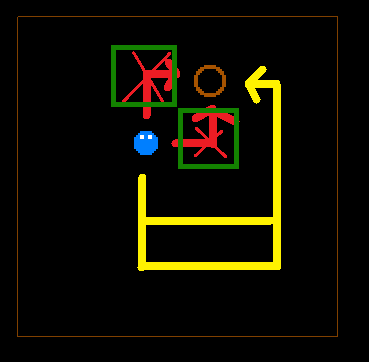 Which as you can see, one of the paths I assumed was correct and led to the end without any deaths: 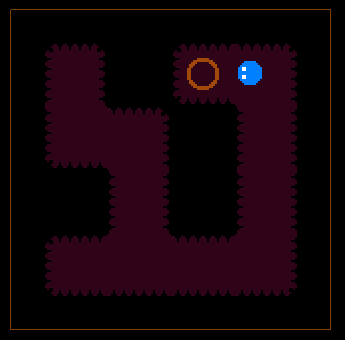 One more rule I'd like to point out is that the pathways are never 2 tiles wide. Which can help you guess even more block locations/likely paths farther on.

The "rules" for Spike are only coming from my experiences, so they may not be true. However, the "rules" still seem to be accurate, so they definitely helped me get a good score. :D

This was an interesting game jam because of the fact that my theme won. Although I didn't have any ideas for the theme. I was really hoping that one of my other themes would've won. Nature(one of the two) got 11th place.

My goal for this Alakajam was to make a game that was fun(placing high in gameplay). I somewhat failed at that because I made it too hard, although I still managed to get 4th in said category. I've been focusing on gane aesthetic for a while now, but this time I tried to do something different. I ended up placing 1st in graphics, so it seems like the graphics category is unrelated to the quality of the aesthetic in popular opinion. When it comes to aesthetic, my favorite game I've made was The Crushed Sky from the last Ludum Dare. I think the quality of the aesthetic can be seen in the mood category for the Ludum Dare. It would be really nice if aesthetic/mood were a theme in the AKJ.

I think that the graphics were a clear success along with the visual fx. I think that I was capable of doing the visual fx better, but I didn't have very much time for it because I was busy on Sunday.

The mechanics felt really good in my opinion. I used a few platformer tricks to make everything feel nice. The one issue here is that the wall jumping system I used to make it a bit easier felt a bit unnatural to some people. A few people never figured out how wall jumping worked with my system even though it was clearly stated. I'm really not sure what a good way to do wall jumping is. The standard way would've resulted in a lot of pain in the fingers. One method that came to mind(which wouldn't work here) is how wall jumping works in something like King of Thieves where you just tap to wall jump. This relies on automatic movement, so it wouldn't be usable in a game like Lollipop Ninja.

The level design was obviously the biggest flaw here. Even though all the levels were linear, people would accidentally backtrack by dropping down to places they've been. It seems that I overestimated people's ability to tell where they are in a level. If you only went to places you've never been, there's only one spot in the game where there's a split path. Although if you look at it for a bit you can tell where you're supposed to go. @Aurel300 said that having to move so much makes it so you panic and can't pay attention to where you're going. I think there are some more subtle tricks I could use to show the player where to go though. One trick I plan on using in the update I'm working on is camera movement. For example: using the camera to show where you're heading.

The music was kind of a failure because I was too tired to figure anything out for it. I was working on it at like 4AM because I was running out of time, so I came up with some sort of drum track that gets played really quietly. I'm not sure what type of music would even make sense for a game like this. There's stealth and ninjas, but it also has a lighter mood because of the lollipops and the art style.

The final issue was with how the vision worked. The vision lines were slightly off(going from a bit up and to the left of the eyes of the people). Those still worked fine for the most part. The real issue was that you couldn't really tell where people were staring at you from. I assumed that since you could just go invisible and then hide in a smoke bomb that it wouldn't be a problem, but a lot of people would panic and not think to press X. This was something I fixed in the update I'm working on with vision lines.

Overall the game did pretty well. Even with its flaws, the people outside of the Alakajam thought it was very good(especially in the Pygame community). It maintains a 4.2 to a 4.6 out of 5 rating on Gamejolt and has been downloaded almost 1,800 times(this is after a couple weeks).

I'm really happy with how Lollipop Ninja turned out. It's doing really well right now as it has reached 600 downloads already. I'm thinking about working on a post jam version, so please give me suggestions for what I should add if you check out my game. ^-^

Planned additions for the update:
-more polish and a stare indicator that shows where a stare is coming from(you can still get by fine without it just by going invisible if you don't know where it's coming from)
-timers for speed running as I myself would like to speedrun the game
-more levels(I'd probably add some levels between 4 and 5 and put 7 before 6 plus add a ton more levels after 7).
-movement tweaking to make it feel even better
-possibly fullscreen support
-saving

It's availible for Windows and the source is in Python 3.x with Pygame, so you may be able to run it on Linux.

The game works with a controller too. ^-^

I've been making some pretty good sounds with my mouth:
click me

I have the base of my game done. I can make levels and eye candy for the next 27 hours. :D