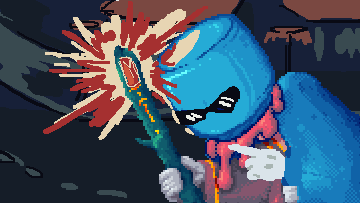 In case you missed it on Wednesday, the Alakajam server has been involved in an actual fire, impacting a lot of servers from French company OVH. The company has confirmed to us today that the server will not be recoverable. The version of the website you are currently browsing has been restored from a backup dating back to February 20th. That is, one week before the jam.

If you created your Alakajam user account after February 20th, your whole account, game submission, ratings and blog posts are unfortunately lost(*). If your account has been created before that date, some data (game submission, posts, comments) may have been already restored.

We're sorry about the troubles, and wish we anticipated this kind of disaster scenario better. At least know that the new server is already subject to a weekly offsite backup… Of course, everyone can still get back on board :)

(*) All blog posts are available in the Google Cache, as well as a majority of game pages. You can access a handy archive dumping all found pages here.

Bonus round for submissions & ratings

As an entrant to the 11th Alakajam, you are invited to:

To give everyone a better chance to get ratings again, and a ranking at the end of the jam, we have made the following changes:

Oh I was busy with 7DRL and didn't notice what happened there ! I'm sorry to learn about the fire, I mean I knew about the event, but I didn't ealize you were impacted.
I reuploaded my game and could find my old description with the help of google cache.
Alakajam is my favorite gamejam website, I hope you guys will be able to get over all these troubles !!

PS : If Alakajam website was an entry I would gladly give 5 stars for the theme.

Thanks for the supportive message, it's much appreciated :)

Sorry to hear that but it explains why I can't login and why I received a 404 when I checked my submission.

I feel sorry about the fire and the people whose accounts were lost. I'll try to review some games that need votes now to help them.